When God Was Silent 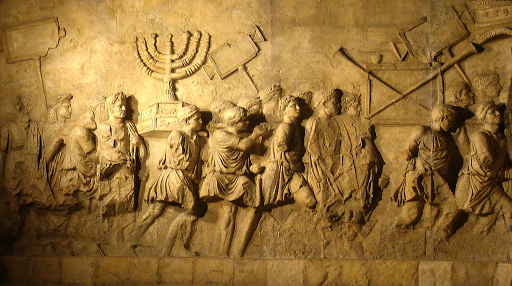 The Jewish and Christian crucible years.

The historical period that I am presently working on — roughly 200BC through 150AD — has a claim to rank among the most significant in the history of Western religion, a critical era for Jews and Christians alike. The problem is that until we decide what to call this era, it is all but impossible to understand it.

I was recently taken aback when I saw a word that I had not read in a while, namely “intertestamental.” Both word and concept are unfashionable to the point of being obsolete, but we do not as yet have a good replacement. In trying to find a better label, I am not just seeking tidiness. How we define a historical period is critical to how we approach it, and where we draw the fundamental distinctions between what does and does not belong within that topic.

Once upon a time, Christian scholars identified a sharp and obvious division between the writing of the Old and New Testaments. The Old Testament ended with the restoration work of Ezra and Nehemiah, and the prophet Malachi, around 420 BC. The story then resumes with the opening of the New Testament, with the birth of Christ, and the missions of John the Baptist and of Jesus himself. Historical events certainly happened in those four centuries, some of great moment, but the gap was clear.

God rested his voice for a solid four centuries.

Critical Bible scholarship then blurred the distinction, pointing out that parts of the Old Testament belonged to that gap period. Daniel’s prophecies belong to the mid-second century BC. The Catholic Bible canon includes such first and second century BC texts as Maccabees and the Wisdom of Solomon.

The other critical development has been the enormous outpouring of research on what are generally called Apocrypha and Pseudepigrapha, “falsely-titled” writings, which together constitute a vast body of literature. Some of these had always been known in parts of the Christian world, in Ethiopia or the Slavonic lands, while others were discovered afresh, most famously with the Dead Sea Scrolls.

We now know that the era between about 200 BC and 150 AD was an era of enormous tumult and creativity in the Jewish and early Christian worlds. These centuries saw the great encounter between Judaism and Hellenism, as the Jewish world found its second capital in Alexandria. This is also the famous age of Jewish sects, like the Pharisees, Sadducees, Essenes, and Enochic groups. I use these terms gingerly, as to speak of “sectarian” Judaism exaggerates their bizarre quality, and makes too many assumptions about the normality of “normative” Judaism.

Each of the great events called forth literary responses, often framed in terms of apocalyptic visions credited to ancient prophets and sages. Ezra, Enoch, Baruch and Isaiah were all reliable names to whom works could be credited. This was a golden age for the study of angels and heavenly visions, of elaborate mapping of the multiple heavens above, of new concepts of the afterlife. Contemporary readers and writers worked strenuously to expand on the available Biblical accounts of patriarchs like Adam, Seth and Melchizedek.

The phrase “Old Testament Pseudepigrapha” is now standard, but it is deeply problematic in suggesting such a sharp division between Old and New Testament worlds, between Judaism and Christianity. So many of the works credited to Old Testament figures were in fact written by Christians or appropriated by them, and in many instances, we honestly do not know where on that spectrum to locate many writings. They might be Christian Apocrypha, they might be Jewish, but ultimately, it is such a difficult distinction.