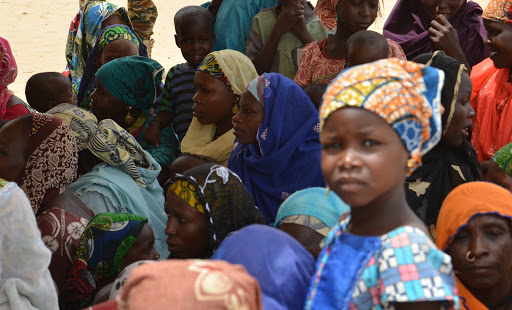 For eugenic goals and population control, governments continue to coerce the disadvantaged into undergoing temporary and permanent sterilization.

The inhumane practice of forced or “coercive” sterilization, favored by eugenicists and population controllers, can involve varying degrees of coercion. In the most extreme cases, victims are sterilized without their knowledge or consent. In other circumstances, an invalid “consent” is achieved through pressure and threats to well-being. Coercion can also take place through pressure and inducements to “consent” (without adequate information) to forms of “reversible sterilization,” as long-acting contraceptives are often called.

Forced sterilization has been recognized as a “crime against humanity” by the Rome Statute of the International Criminal Court. The practice is closely linked to the eugenics movement, in both the U.S. and abroad. Contrary to what most people think, these phenomena are not mistakes of the past. They are ever-present and growing concerns. While most people are familiar with the ongoing population control measures conducted under the guise of "women’s health" and preventing "maternal mortality," little attention is being paid to forced sterilization. Some background and current examples are offered below.

Sterilizations in the United States

In 1927, the Supreme Court ruled in Buck v. Bell that involuntarily sterilizing “feeble minded” inmates with “hereditary” mental illness did not violate constitutional due process or equal protection rights. Around this time, a growing eugenics movement in the United States led to 33 states adopting laws that resulted in more than 60,000 sterilizations. While Bell was never overruled, it has since been cast into serious doubt by later decisions. (In 1942 the Supreme Court held that imposing forced sterilization as punishment for a crime violated the Constitution.) But coercive sterilization on other grounds continued to be legal (and practiced) in a number of states until the 1970s.
In North Carolina, for example, a legal sterilization program was in practice for 43 years, from 1929 to 1974. Members of North Carolina’s health care system, with a nod from the Eugenics Board of North Carolina, sterilized 7,600 minority and poor men, women, and children for the sake of the “public good.” Now North Carolina has set up a $10 million fund to pay the victims of this sterilization program. As of the June 30, 2014 deadline, almost 700 people have applied for compensation; another 1,500 people are still eligible for this victim fund if the state will extend its deadline, as advocates would like to see happen.

Elaine Riddick is one of those people. She is the director of the Rebecca Project and was featured on NBC telling the story of her involuntary sterilization. A columnist from the Virginian-Pilot is calling for a similar fund to be established for Virginia victims of state-sponsored sterilization. He believes that about 8,300 victims could benefit from such a fund.

California was by far the most egregious of the states: one-third of the 60,000 forced sterilizations that occurred prior to 1964 were committed in California.

To dispel any illusion that this was just a sad chapter in America’s past life, as recently as 2013, there is evidence that those responsible for administering sterilizations in California prisons engaged in widespread fraud and violated laws designed to protect against the involuntary imposition of sterilization procedures. No, that’s not a typo. USA Today reported in June that the California State Auditor uncovered federal and state oversight of sterilization procedures for female prison inmates, finding numerous illegal surgeries in violation of the state’s informed consent law: “Of the 144 inmates who underwent tubal ligations from fiscal years 2005-06 to 2012-13, auditors found nearly one-third were performed without lawful consent.” In some cases, it appears no one in authority ensured that the inmate was mentally fit and even able to give informed consent to the procedure.