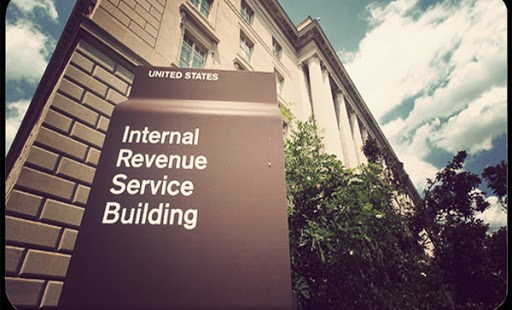 The Freedom from Religion Foundation and the IRS team up to muzzle pastors and further miltant secularism.

Who knew that the Internal Revenue Service (IRS) has had our backs all this time, maintaining clandestine vigilance to protect the public from a whole class of potential lawbreakers? What a great use of taxpayer funds!

What lawbreakers, you ask? Transnational drug cartels? Human traffickers? Child pornography rings? It’s true that their enterprises bring in billions in undeclared profits and certainly pose a threat to the American public. But the class of miscreants whose activities an IRS unit is busy monitoring and evaluating for violations of law are … members of the clergy.

On any Sunday, they run the danger of turning a sermon on a theoretical moral issue into a veiled suggestion that those assembled actually apply the tenets of their faith to issues of public policy and to their electoral choices.

Apparently, there’s a list of words (including “pro-life,” for example) which if uttered in the course of a homily, may be enough to trigger intense federal scrutiny.

The existence of the monitoring unit is not exactly a surprise to anyone who has worked for a 501(c)(3) tax exempt charitable organization. But the scope of the IRS’s activities and results of their monitoring of pastors have been guarded more closely than the recipe for KFC chicken. The truth came to light only because a federal district court judge appended an internal IRS letter to his Order dismissing a lawsuit brought by the Freedom From Religion Foundation (FFRF).

The FFRF is a small but well-funded atheist group that seeks to banish religion from the public square (and every other place, for that matter). It filed suit in November 2012 to force the IRS to investigate and punish churches whose pastors allegedly endorsed candidates for political office and, more broadly, FFRF sought to end the exemption churches have been granted from the burdensome annual reporting requirements required of other nonprofits.

The IRS letter, dated June 27, 2014, reports on the procedures adopted by the Service to evaluate allegations of “political intervention,” and on the number of pending cases. It is written by the IRS Acting Director of Exempt Organizations Operations, to the Acting Assistant Attorney General, Tax Division, Department of Justice. (In other words, top tier personnel in Washington.) It states in part that “the IRS has processed several cases involving churches” and that the IRS has a “Dual Track process” for handling complaints against a church, related to political intervention. The process involves:

“evaluation of the information item [i.e., referral complaint] by our Review of Operations (“ROO”) unit and then the Political Activities Referral Committee (“PARC”). … PARC has determined that as of June 23, 2014, 99 churches merit a high priority examination. Of these 99 churches, the number of churches alleged to have violated the prohibition during 2010 is 15, during 2011 is 18, during 2012 is 65, and during 2013 is one.”

The penalties for violating the prohibition against political intervention are significant—loss of tax-exempt status and possible additional fines (“excise taxes”). That would mean, of course, that parishioners could not deduct donations to their parish on their own tax returns and it would mean that the donations given to the church would be treated as taxable revenue.

Lawsuits are usually adversarial in nature—the parties are in dispute over conflicting claims and goals. But a lawsuit demanding that an agency enforce its own regulations carries more than a whiff of collusion. It was only in December 2013—when Holy Cross Anglican Church and its pastor, Fr. Patrick Malone, were permitted to intervene as co-Defendants—that a party to the suit was actually on the side of religious freedom and freedom of speech.