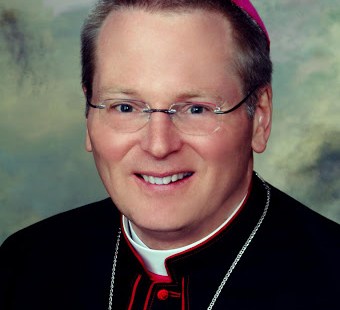 Crisis has led to a “more consistent Christian way of living,” archbishop says

As fighting continues in the eastern part of Ukraine, Christians throughout the country are working to respond to the radical changes that have occurred since protests began in Kyiv in November 2013. Speaking with Vatican Radio, Archbishop Thomas Gullickson, the Apostolic Nuncio to Ukraine, shared his perspective on how Ukrainian Christians are responding to the crisis.

"The Christian presence in Ukraine is one of the most important ones, I’d say, not only in the former Soviet Union, but probably even in Europe today,” says Archbishop Gullickson. “There’s a sense of the presence of God in the lives of the people of Ukraine, and there’s a Christian orientation.”

The archbishop, a native of Sioux Falls, S.D., said the events of recent months have been “terribly destabilizing” for Christians in general, and especially for the Orthodox. “Normally speaking,” he said, “the Orthodox, at least in Slavic countries—Russia, Ukraine and so on—try to identify and in some way or another to relate to whoever happens to be the civil power. And they found themselves, with former President [Viktor] Yanukovych and his regime, in a situation where they, in conscience, could no longer sustain that kind of collaboration or that kind of contact, and they were trying to discover what it means to deal with civil society as Church. It was something very new for them. And a lot of growth took place.”

Archbishop Gullickson noted that “even within our Catholic community, and generally within the population, the hardships, the struggle, the danger of this period, has done an awful lot in terms of developing and strengthening a personal Christian awareness of people and has been a positive, almost, despite the questions you could normally ask about where is God in the midst of all of this and so on. But basically speaking it has been a catalyst for good, in terms of drawing people to a more consistent Christian way of living.”

The Ukrainian Greek Catholic Church, with more than 4 million faithful in Ukraine alone, is easily the largest Eastern Catholic Church in the world. There is also a small community of Latin Catholics present in Ukraine. Although Eastern and Western Catholics remain a minority in the largely Orthodox country, Archbishop Gullickson says “both, according to their capabilities and their abilities, have placed themselves at the service of the Ukrainian people.” He said he was proud of the work Catholics were undertaking, especially in relation to their relatively small numbers.

The nuncio, however, voiced his fears that the Roman Catholic presence in Ukraine might practically disappear if the country remains destabilized. The Greek Catholic Churches, he said, “may be even more at risk, but for different things, in terms of prosecution from the side of Russia and others who have never really accepted the reality of this beautiful Church which is there, which is one of our great sources of pride as Catholic people.”