The Diner Receipt that Went Viral 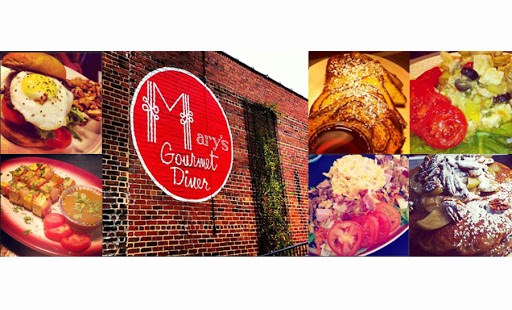 Don’t be embarrassed to pray quietly in public while we still have that right.

When’s the last time you prayed in public? This morning? Last week? Last year? Ever? And if you did pray in public, did you make the Sign of the Cross and pray out loud, mumble something under your breath, or think it in your head?

Well, if you pray publicly at Mary’s Gourmet Diner in Winston-Salem, North Carolina, you just might find a 15 per cent “praying in public” discount on your receipt when you go to pay your bill. The diner staff has been giving the discount for about four years now, but the program gained widespread attention when a customer’s picture of a receipt he posted on Facebook went viral.

The discount is given out randomly by staff on a voluntary basis and isn’t connected to any particular religion or spirituality. It’s just a way to show appreciation to patrons who give thanks to God for the meal, a kind of humble acknowledgment that millions of others are far less fortunate than they.

The story about Mary’s Gourmet Diner also demonstrates that even small actions by people of faith can have a big impact on others. One person praying in public—whether in a restaurant, at a bus stop, or even driving in his car—can be the impetus for others to find the courage to do so, too.

Some years back, we had to rush one of our children to the Emergency Room. Once the initial intake had been completed, I was able to step out to use the restroom. On my way past the waiting room, I saw a group of people, chairs drawn into a circle, holding hands and praying. From the ages and configuration of the group, I assumed that it was an extended family. One of the women, perhaps the mother, was leading the others in prayer. She was praying aloud but quietly and the others listened intently with their heads bowed.

By the time I headed back to the ER, the group had disbanded, its members scattered around the room, silent. Their faces showed worry. I spotted the woman who had been praying out loud and walked up to her.

“Are you the one who was praying just now?” I asked.

She looked frightened, nodded her head and hesitantly responded “Yes.”

“Well, thank you,” I smiled at her. “That really impressed me. I’ve never seen that before,”

“Thank you,” she smiled back.

Some say they don’t pray in public because they don’t want to offend anyone or push their religion on someone else. I disagree. Prayer can be done sensibly and respectfully, as the family in the ER proved. Hardly anyone in the waiting room paid attention to them; there was no hint that anyone took offense. Even I, walking past them, had to strain my ears to hear what they were saying, and I stopped listening when I heard the name of Jesus, out of respect for their privacy. Nor were they trying to push their religion on anyone else; their prayers were private and without show.

I think the owner of Mary’s Gourmet Diner does much the same, although from a different angle. She’s not doing the public prayer, nor is her staff. She’s simply providing a public place where it’s okay to pray.

In the United States we still have the right to pray in public if we choose, under the First Amendment to our Constitution. Until that changes, and God forbid that it ever does (I mean that literally), we can peacefully say Grace before our meals no matter where we’re eating them, gather to pray in an ER waiting room, or stroll down the street fingering our Rosary beads. We can, but often we don’t, because we fear embarrassment or disapproval. There are millions of people in other parts of the world who would die to have the ability we have to live our faith inwardly and outwardly. In fact, many have died for trying.