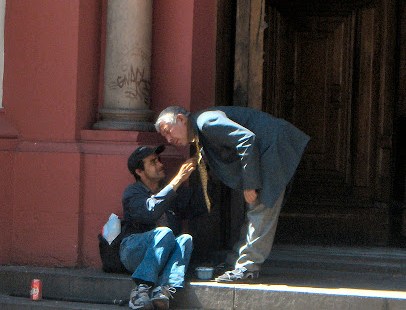 It’s not beach reading, but getting through these staples will give you a great grounding.

Pacem in Terris (“Peace on Earth”), Encyclical Letter of Pope St. John XXIII, 1963.  The papacy of Giovanni Roncalli coincided with the height of Cold War tension. The Church was not a neutral party in the contest between the Soviet bloc and the West, but its priority was achieving a just and lasting peace. In Pacem in Terris, the Holy Father begins with a meditation on order—in the universe, in human beings, and between human beings. He describes social order as a harmony between rights—social, political, economic, legal—and duties. This harmony applies not only to individuals, but also to groups within society, and public authorities themselves. Preserving this balance, the Pope insists, is the ground for peaceful and just cooperation within society and between nations. The relationships between states, the Pope writes, “must likewise be harmonized in accordance with the dictates of truth, justice, willing cooperation, and freedom.” He goes on to address issues that affect this harmony, including the arms race, and calls for “thoroughgoing and complete” disarmament.

Gaudium et Spes (“Joy and Hope”), Pastoral Constitution on the Church in the Modern World, Second Vatican Council, 1965. Perhaps the most important of all the documents that make up CST, Gaudium et Spes has to be read, and read slowly, to be appreciated. The breadth of the document is remarkable, encompassing Church teaching on the human person and social life, the relation of the Church to the secular world, marriage and the family, technology and culture, the economic and political order, peace and international relations. It is no accident that in his magisterial writings, Pope St. John Paul II cited Gaudium et Spes hundreds of times, perhaps more often than any other single non-biblical source. Nearly all of the themes we identify with CST today, from the life and dignity of the human person to the care of creation, are present in developed form in Gaudium et Spes.

The Catholic reader who consumes these five documents will find himself better equipped to move on to the social encyclicals of the post-conciliar Church. That suite of documents would include Pope Paul VI’s Populorum Progressio (1967) and Octogesima Adveniens (1971); Pope St. John Paul II’s magnificent works, Laborem Exercens (1981), Solicitudo Rei Socialis (1987), Centesimus Annus (1991), and Evangelium Vitae (1995); and Pope Benedict XVI’s Caritas in Veritate (2009). And, of course, there’s the Compendium of the Social Doctrine of the Church, commissioned by Pope St. John Paul II and published in 2004.

Mark Gordon
is a partner at PathTree, a consulting firm focused on organizational resilience and strategy. He also serves as president of both the Society of St. Vincent de Paul, Diocese of Providence, and a local homeless shelter and soup kitchen. Mark is the author of Forty Days, Forty Graces: Essays By a Grateful Pilgrim. He and his wife Camila have been married for 30 years and they have two adult children.