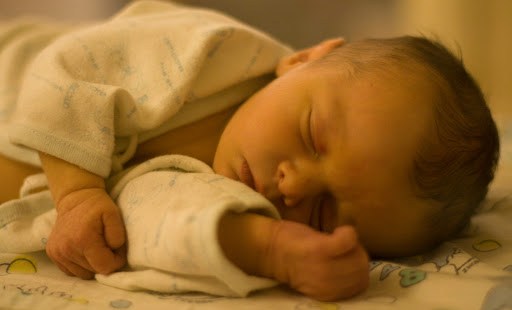 The humanist pro-life case is strong and convincing and may be the best way to reach some audiences.

“Is there really such a thing as a pro-life atheist?” asked Marco Rosaire Rossi in the September/October edition of the The Humanist. “What’s next, Intelligent Design Agnostics?  How about Secularists for Sharia Law?”

Atheists may not have a pope, but in the eyes of many there is still a proper dogma that all good atheists must adhere to. To be an atheist is to support abortion. Fail to do so and you will be denounced as “secretly religious.” When I joined an agnostic and an atheist from Secular Pro-Life for an information table at the 2012 American Atheist Convention, a popular atheist blogger accused us outright of having “actually lied about being atheist. …”

There is an obvious reluctance to accept that non-religious pro-lifers exist. But we do exist. While we differ somewhat in our approaches and philosophies, our numbers include atheist thinkers like Robert Price, author of “The Case Against the Case for Christ,” civil libertarian writer Nat Hentoff, philosophers Arif Ahmed and Don Marquis, and liberal anti-war activist Mary Meehan, to name a few.

The late atheist author Christopher Hitchens, when asked in a January 2008 debate with Jay Wesley Richards whether he was opposed to abortion and was a member of the pro-life movement, replied:

“I’ve had a lot of quarrels with some of my fellow materialists and secularists on this point, [but]  I think that if the concept ‘child’ means anything, the concept ‘unborn child’ can be said to mean something.  All the discoveries of embryology [and viability] – which have been very considerable in the last generation or so – appear to confirm that opinion, which I think should be innate in everybody. It’s innate in the Hippocratic Oath, it’s instinct in anyone who’s ever watched a sonogram.  So ‘yes’ is my answer to that.”

Secular pro-lifers include seasoned atheists and agnostics, ex-Christians, conservatives, liberals, vegans, gays and lesbians, and even pro-lifers of faith, who understand the strength of secular arguments with secular audiences. The following secular case against abortion  is one perspective, and does not represent any single organization.

Abortion is an emotionally complex issue, stacked with distressing circumstances that elicit our sympathy and compassion, but abortion is not morally complex:  If the preborn are not human beings equally worthy of our compassion and support, no justification for abortion is required.  Women should maintain full autonomy over their bodies and make their own decisions about their pregnancies. However, if the preborn are human beings, no justification for abortion is morally adequate, if such a reason cannot justify ending the life of a toddler or any born human in similar circumstances.

Would we kill a two year-old whose father suddenly abandons his unemployed mother, in order to ease the mother’s budget or prevent the child from growing up in poverty? Would we dismember a young preschooler if there were indications she might grow up in an abusive home? If the preborn are indeed human beings, we have a social duty to find compassionate ways to support women, that do not require the death of one in order to solve the problems of the other.

While some abortion advocates have accused pro-lifers of using “pseudoscience,” in fact scientific evidence strongly backs the pro-life claim that the human embryo and fetus are biological members of the human species. Dr. Keith L. Moore’s “The Developing Human: Clinically Oriented Embryology,” used in medical schools worldwide, is but one scientific resource confirming this knowledge. It states: