An Alcoholic’s Tale of Death and Resurrection 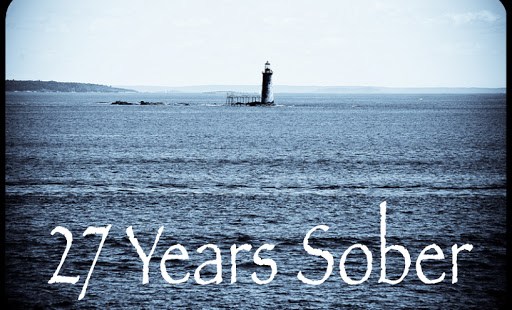 “The Greatest Story Ever Told” can transform a life in a way no sermon or op-ed ever could.

I once attended a literary salon at which a woman, resolutely atheistic herself, pointed out that atheists have no story. This was a very important point, I realized later: no story versus “The Greatest Story Ever Told.” The Passion Play versus an empty, darkened theater. The Word versus no word.

This is in no way to slam atheists. But it is to marvel at the fact that a story can transport me in a way that no preachy sermon, or scholarly treatise, or op-ed article ever has. Emma Bovary’s wax-covered satin slippers, Hazel Motes’ rat-colored car, Raymond Chandler’s “He was about as inconspicuous as a tarantula on a slice of angel food” instantly commit themselves to memory, while abstractions can’t find purchase no matter how hard they try. A friend once told me of watching a documentary about a primitive Indian tribe who had no separate word for yellow and orange and thus could not distinguish, saw no difference, between the two. What we don’t have words for, in other words, we literally can’t see.

Story is of particular interest to me because in a way, my work consists in telling my story. A good memoir, to my mind, springs from having experienced some kind of transformation, coupled with the deep conviction that the change couldn’t have been accomplished by you. Maybe the transformation was wrought by literature. Maybe the transformation was the healing (or refusal to heal) of a childhood wound. Maybe like Jacques Lusseyran, “Blind Hero of the French Resistance,” you started an anti-Nazi youth movement, spent six months at Buchenwald, and survived to write an autobiography called "And There Was Light." Whatever the transformation consists of, you have to have come to terms with, sufficiently worked the wound through, so that you’ve been brought out of isolation and come back to the human table.

In a way, I’ve also come to see, there is only one story (and an infinite number of ways to tell it): the story of death and resurrection. The story can’t be “I’m a victim,” and it also can’t be “I’m a hero,” though in some sense you’re telling of the hero’s journey. But what makes for an authentic personal story is that the hero is not you; the heroes are the people who put up with or helped you or accompanied you along the way. The star of the story is not you; the star is something greater than you. The astonishment of the story is never that the world finally recognized your genius and showered you with the love and attention you so richly deserve. Nor is the story that the world finally admitted its terrible betrayal of your innocence and apologized. The story is that a God exists who is so kind, so loving, so merciful, that he sees fit to forgive all your transgressions, wrong turns, and mistakes; a God who ministers, with infinite tenderness, to all the hurt that’s been done to you and all the hurt you’ve done to others, and welcomes you back to the banquet table.

To be a sober alcoholic is to have a very particular experience of the Crucifixion and Resurrection. Just as the Gospels mostly lead up to the Passion, then give us a very short, very patchy glimpse of the Resurrection, an alcoholic’s story—what it was like, what happened, what it’s like now—is generally about three-quarters “drunkalogue” and one-quarter sobriety. That’s not because sobriety is less “important,” but because the Resurrection is inherent in the way the story is told which is with humility, gratitude, and often humor that would do the nearest Comedy Club proud.

When you’re “in” the Resurrection, you still bear the wounds. You haven’t shut the door on the wounds, but the way you talk about the wounds changes. The wounds, and the incurring of them, become right-sized. A sober drunk doesn’t glamorize the wounds, but neither, in spite of the humor, is he or she glib about them. The agony of drinking is never minimized, but the point of the story is that out of pain has come a “resurrected” life ordered to service, to joy.