Cohabitation: Should We Live Together? 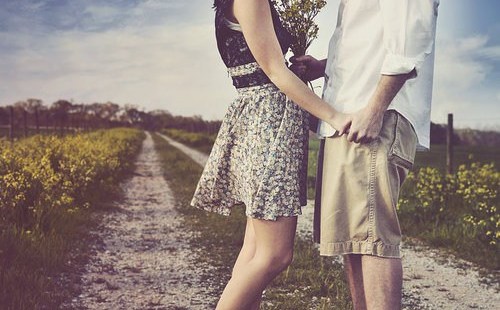 Cohabiting does not help prepare for marriage; it can even undermine it.

Marriage is one the most important decisions a person can make in life. When one considers the high rate of divorce and the fact that so many dating and engaged couples experienced their own parents’ divorce, it’s understandable that many couples feel cautious about making such a commitment.

Sometimes one partner is eager to get married, while the other is hesitant. The eager one might think, “Maybe we can compromise and try living together for a while. Maybe it will help convince my partner to take the next step.” In other instances, neither partner feels ready for marriage. They may think, “Perhaps we should try living together to see if we’re compatible. As much time as we spend together, we might as well be under the same roof and split the rent. If things don’t work out between us, it’s not like we’ll need a divorce and all that drama. Besides, you really want to get to know a person before you promise you’ll be with them forever.”

It seems logical that living together would offer a good preview of marriage. However, sociologists have discovered that the “expectation of a positive relationship between cohabitation and marital stability . . . has been shattered in recent years by studies conducted in several Western countries.”[2]

The studies discovered that if you want a successful marriage, you’re better off moving in together after the wedding. Why is that?

From the standpoint of marital duration, marital peace, marital fidelity, physical safety, emotional well being, and sexual satisfaction, cohabitation is clearly not a recipe for happiness. Even USA Today reported, “Could this be true love? Test it with courtship, not cohabitation.”[9]

Why do cohabiting couples have higher divorce rates?

If things are running smoothly, cohabiting couples may slide into marriage, thinking, “We haven’t been fighting much lately, and after living together for this long, we sure don’t want to start over with someone else. Why don’t we just make it official?” These couples often find it difficult to explain exactly what marriage is. They go through a big ceremony and go back to what they were doing before. This undermines the meaning of marriage as a covenant that two people make with God. Since they think less of marriage, they are less likely to work tirelessly to preserve it. Moreover, the breakup of a cohabiting couple who has not married can be as wrenching as an actual divorce.

A second reason for the higher divorce rate is the ability of sexual intimacy to bind a couple together emotionally while blinding them to problems in their relationship. The months and years spent prior to one’s marriage should be a time of serious discernment. By having sex during this courtship period, couples hinder their ability to look at each other clearly. The sexual intimacy may even prevent them from seeing that their relationship lacks true intimacy. Imagine that you were engaged but you knew in your heart that you needed to call off the wedding. Consider how much more difficult it would be to break an engagement if you were already sleeping with your fiancé.