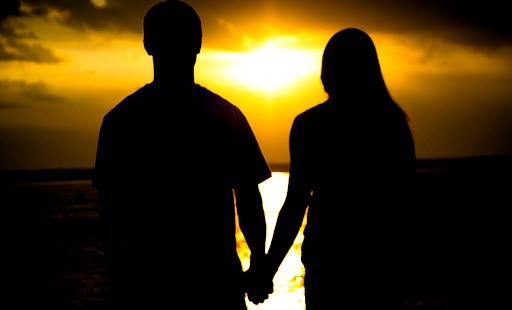 “There’s something I need to tell you,” I said to a man on his couch in a Tampa apartment. He—then in his late 20′s and interested in me—nodded, and waited for me to say it. I, then in my early 20′s, breathed in before I did: “I’m saving sex for marriage.”

I breathed out while he silently processed what I had said. Then he turned his face toward mine and spoke: “If you want to wait, I’m willing.” But waiting had never been part of his world. He agreed to abstain from sex with me because he knew that if he didn’t, I wouldn’t date him. He agreed to behave as if he practiced chastity, but was only bound to nonmarital abstinence by my prohibition of nonmarital sex.

He respected my boundary, until he didn’t—until he mocked my decision to save sex and chalked it up to “immaturity,” in effort to manipulate me into changing my mind. He said “no guy will wait that long,” and begged me to break my promise to practice chastity. Instead, I broke up with him. I learned a lot in that relationship, including this:

I’d never date a guy again who was only “willing” to save sex. Here’s why:

We who practice chastity have apprenticeships in self-mastery. We promise to govern our appetites instead of being governed by them. A man who is “willing” to save sex in order to date me isn’t a man who governs his appetites. He’s a man who makes chaste girlfriends do that for him. If I date him, I govern two sets of appetites, which makes me an enabler: he doesn’t have to practice self-mastery if I master him.

Because a man who doesn’t practice chastity doesn’t define sex the same way I do.

We who practice chastity believe sex is a sacred, physical sign of the the commitment spouses made to each other on the altar where they were married, ultimately designed to bond them and to make babies. A man who is “willing” to save sex—but would have nonmarital sex if he had my permission—does not by default define sex the way I do. How can we be united by sex in marriage if we can’t agree on the purpose sex serves?

Because a man who would forsake virtue (his or mine) if only I gave him permission is a man whose standards are too low.
A man who is “willing” to save sex is a man whose choice to abstain from nonmarital sex likely isn’t underlain by much other than the absence of my consent. He’d be as content—or more—dating a woman who doesn’t practice chastity. But I don’t want to marry a man who settled for a chaste woman. I want a man who wants a chaste woman, who holds a high bar for me because he wants me to become the woman God designed me to be.

Because men are capable of more than the world around them says they are.

Arleen Spenceley is the author of forthcoming book Chastity is For Lovers: Single, Happy, and (Still) a Virgin, to be released by Ave Maria Press in Fall 2014. She works as a staff writer for the Tampa Bay Times. She blogs at arleenspenceley.com and tweets @ArleenSpenceley. Click here to like her on Facebook. This article reprinted with permission from The Chastity Project.