High School Senior Suspended from School for Saying “Bless you!” 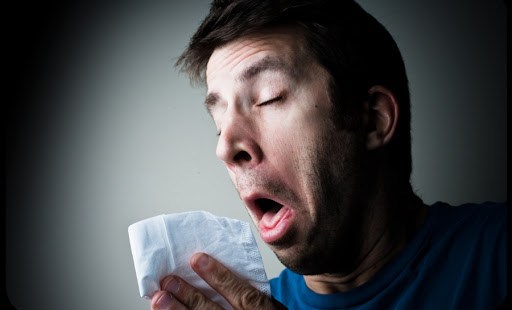 When a blessing becomes a curse.

Last Monday, high school senior Kendra Turner received an in-school suspension at her Tennessee high school for responding “Bless you!” to a classmate’s sneeze. Whether Kendra spoke these words reflexively (as most of us do to any sneeze, anywhere) or with premeditation or malice aforethought didn’t matter to her teacher because “Bless you” was on a short list of words and phrases banned in her classroom.

I can understand that a teacher with 40 years’ tenure can get fed up with hearing students mutter many of the mindless words and phrases on the list: My bad. Hang out. Stuff. Bless you. Dumb. Stupid. Boring. I don’t know. And the catch-all category: Other peer expressions (which is entirely too vague to pass muster under First Amendment case law, Ms. keyboarding teacher).

It has been reported that after Kendra’s speech code violation, her teacher stood up and demanded to know who had spoken the forbidden phrase. Kendra freely admitted having done so, but explained she did it simply “out of courtesy.”

Perhaps sensing an opportunity to expose Kendra’s religious motivation, the teacher asked her who told her that it was a courtesy to say “Bless you!” when someone sneezed. Kendra innocently replied that her pastor and parents had. With her suspicions confirmed, the teacher declared: “We’re not going to have godly speaking” in her classroom. That was “for church.”

Kendra countered that it was her constitutional right and that was enough for her to be told to report to the principal’s office for an in-school suspension (for the remainder of the class period).

The teacher defended the suspension by accusing Kendra of being “disruptive and aggressive.”

Things were bound to come to a head. Last Sunday, Kendra and other students of this teacher who were meeting with their youth pastor, Rev. Becky Winegardner, had asked her advice on how they should handle the teacher in question, whom they described as being “very demeaning to them in regard to their faith.” The pastor advised them to be polite, but added that Christians have a duty and a constitutional right to express their religious beliefs in public.

Kendra told the press that she’ll continue to stand up for her faith in public, but added, “I also don’t want the teacher being bashed, because that’s kind of harmful and disrespectful.”

Assistant Principal Lynn Gardner refused to discuss any details of the confrontation or suspension “in order to protect the child,” while stressing that “there are two sides to every story.”

The superintendent of Dyer County school system has yet to issue a statement or talk to reporters about the incident.

Of course, this is not an isolated case. Teachers around the country have established “religion free zones” in their classrooms, at least until they are told the meaning of the First Amendment clauses that ensure the free exercise of religion and freedom of speech. Certainly a teacher has a right to place reasonable limits on classroom conduct. No student has a right to disrupt a class with a lengthy recitation poetry or a creed or the white pages (unless asked to), but banning the words “Bless you!” shows hostility toward religion and an utter lack of common sense.

Regarding that “wall of separation between church and state” which atheists are so fond of quoting – it is not found in the Constitution. Jefferson penned that phrase in a letter to Danbury Baptists (1802), in which he assured them that the Constitution mandates that the federal “legislature should make no law respecting an establishment of religion, or prohibiting the free exercise thereof, thus building a wall of separation between church and state.”

The “wall” does not restrict expressions of religious belief to the interiors of churches and synagogues; it restricts the government from interfering with religious expression in both the public and private spheres.

And, by the way, bless you all!