Catholic Schools: Be True to Your Higher Calling 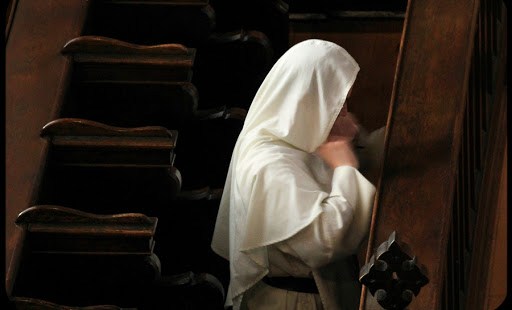 Our schools need to maintain thier uniquely valuable focus.

Sometimes this focus can be lost, as Catholic schools face the same host of issues as other schools.The goals and performance of teachers and staff can too easily be sidetracked by mandatory workshops, compliance paperwork, financial stresses, and useless requirements that seem more like obstacles to the mission, than genuine improvements in education. And adopting the latest untested curriculum because it’s been heralded with impressive catchwords and boasts a flashy textbook shortchanges students, their parents and society.

More broadly though, it is suicidal for Catholic schools to attempt to run parallel to the public school system. The goals and focus of the two systems are not the same. What we in Catholic schools see as success, e.g,, sound moral development and practice of the virtues, would not even be valued in a public school beyond appropriate classroom discipline.

Here are some defining features of Catholic schools that are worth preserving:

Catholic schools and families have always worked in close partnership to educate and form the next generation. These schools stand out in their commitment to educate children of all socioeconomic classes, of all races and religious backgrounds, while imparting the Judeo/Christian values that have been part of the fabric of America since its inception. Because so many families today are fragile, broken, stressed or overworked, schools are sometimes taking on the role of primary educator and formator.

Many parents today are lacking either the knowledge or the time (or both) to introduce children to the basics of the faith, the Ten Commandments and the Beatitudes. These teachings are not optional to education and formation; students need to know the Decalogue and its vital place in their lives and in the life of the community. After all, the common law of England and America arose from the practice of early jurists to apply the commandments to controversies brought before them. So central are the Ten Commandments to America’s founding principles and laws that a bas-relief of Moses the Law Giver is the central figure on the east side of the U.S. Supreme Court Building (facing the Capitol).

Obviously, teacher preparation and accountability are as essential in Catholic schools as they are in other schools. Fair and kind disciplinary methods must be in place – both for the sake of students and the good of the student body. These are vitally important, but what’s unique to Catholic teaching is its focus on each child. The goal must be to bring that child to want to learn, and to want to know, love, and serve God, that is, to seek a life of holiness in whatever vocation he or she pursues. Education and evangelization go hand in hand. Instruction in the ways of God, and in adapting to life in the real world is the right and responsibility of the family first, but schools should play a strongly supportive role.

In a Catholic school, the child also learns and experiences church as a part of both his family life and school life. The Church, the home where his faith is rooted, the place where he can have the benefit of the Sacraments and Liturgy, is the adhesive that holds together family members both as a unit and as individuals. Faith also teaches each child the privilege of learning and of serving, while a student and in later life.

Each of us must be taught, and continually encouraged and directed, to seek God and to work, pray, and sacrifice for the reward of being with God in Heaven. Students in Catholic schools should be made aware of their priceless value as children of God, and to seek their happiness in being, and in living out freely, their privileged status as a son or daughter of the Eternal Father.