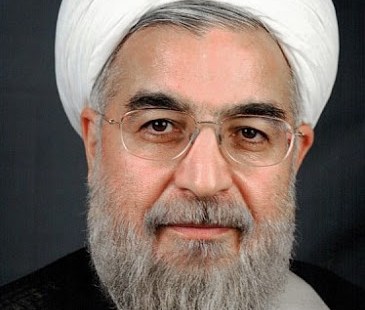 TEHRAN, Iran (AP) — In a move led by hard-line lawmakers, Iran’s parliament dismissed the country’s science minister on Wednesday over his alleged support for pro-Western voices at universities, dealing a blow to moderate President Hassan Rouhani.

The no-confidence vote against Science, Research and Technology Minister Reza Faraji Dana was a sharp rebuke of Rouhani (pictured), who was elected last year on promises of greater openness and diplomatic engagement with the West. The vote was also the first time a minister in Rouhani’s Cabinet was impeached. Out of 270 lawmakers who were present at the session, 145 voted to oust Dana, 110 voted to keep him on and 15 abstained. The chamber has 290 seats.

Ahead of the vote, Rouhani—who was on a provincial tour in northwestern Iran—called on lawmakers to reaffirm their confidence in the science minister.

"I really wish I could be there in parliament, next to the polite and knowledgeable minister … and support this serving scientist," Rouhani said in a speech broadcast live on state TV Wednesday.

The conservative lawmakers were apparently irked by Dana’s support for teachers seen as pro-Western or those who were involved in opposition rallies following the disputed 2009 presidential election that gave Rouhani’s predecessor Mahmoud Ahmadinejad a second term in office.

Dana’s ouster underscored the growing political rift between Rouhani and his hard-line opponents in parliament who accuse him of giving ground to pro-Western voices in the name of moderation. Hard-liners are also opposed to an interim nuclear deal that Rouhani’s government signed with the five permanent members of the U.N. Security Council plus Germany last year, saying he gave too many concessions in return for too little. After the interim deal last November, some of the U.S. and European Union sanctions imposed over Iran’s controversial nuclear program were lifted.

Wednesday’s dramatic impeachment was the most direct attack by the conservative-dominated parliament against Rouhani’s government. Dana’s critics accuse him of mismanagement, rehiring professors kicked out of universities for "moral or security reasons" and allegedly inciting students to riot.

He also accused Dana of re-hiring a professor dismissed over an incident in which three female students committed suicide over the professor’s alleged sexual advances. Lawmaker Hossein Naqavi Hosseini said universities were "pregnant with sedition" and on the verge of new riots because Dana allowed in pro-Western and extremist reformists.