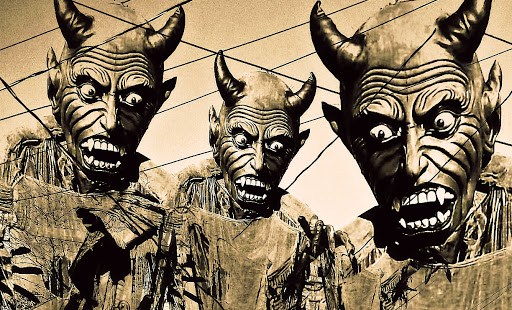 With one month to go before a satanic group in Oklahoma City  a public “black mass,” the Archdiocese of Oklahoma City is suing to force the group to hand over a consecrated Host it claims to have.

The lawsuit, filed Wednesday in the District Court of Oklahoma County, claims Satanic leader Adam Daniels and his religious organization, the Dakhma of Angra Mainyu, have "unlawfully taken possession of property belonging to the Roman Catholic Church, specifically a Consecrated Host."

Daniels, who has claimed publicly to have the Host, clarified in an interview that the Host he plans to use at the black mass came from a member of his group who is a Catholic priest in a foreign country.

He said that he had not yet been served with the lawsuit and would not yet have any comment.

Archbishop Paul Coakley, who has tried unsuccessfully to persuade the Oklahoma City Civic Center to cancel the Sept. 21 event and filed the lawsuit, has called on Catholics in his archdiocese to pray and fast so that the black mass will not take place. The lawsuit, which can be read here, demands the satanic group hand over the Host to Archbishop Coakley.

“The Church has exercised dominion and control over the Eucharist for 2000 years,” Michael W. Caspino, attorney for the archdocese told The National Catholic Register. "We are simply asking the Court to return the stolen property to its rightful owner, the Roman Catholic Church.”

A black mass is a sacrilegious ceremony structured as a parody of the Catholic Mass. Invoking Satan, the ritual is centered around the desecration of the Eucharist, which is generally done by using a consecrated host in a profane sexual ritual, or defecating and urinating on it. Daniels said that he plans to follow the ritual pretty closely, except that the woman who serves as the “altar” will be dressed, in keeping with th civic center’s requirement to abide by the law.

"The nude altar has to be dressed; there won’t be public urination," he said. "We would proceed to do the satanic consecration by forcing Jesus into the bread. At that point there will be things yelled at the bread, talking about how it’s a worthless chamberlain who doesn’t do its job and all it does is sleep, doesn’t answer any prayers and allows for its own people to be hurt, and because of it it has killed millions of our brethren, meaning pagans and Satanists alike throughout the centuries. At that point it will be dashed to the floor, and the deacon and subdeacon will be smashing it and stomping on it."

An archdiocesan spokeswoman declined to arrange an interview with Archbishop Coakley, but the lawsuit says that the archbishop is required and authorized by the Catholic Church to act as custodian of the Church’s property and to safeguard and repossess Church property, including the Consecrated Host.

Whether or not the Host in question was "stolen," the lawsuit also outlines canon law on the proper treatment of the Eucharist, and states: "If an unauthorized individual has possession of a consecrated host, it must have been procured, either by that person or by another, by illicit means: by theft, fraud, wrongful taking or other form of misappropriation."