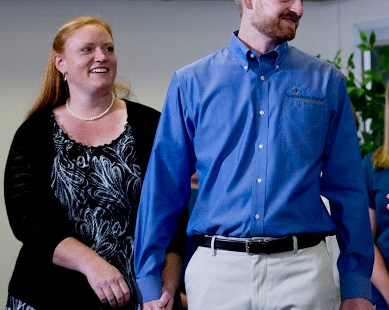 Dr. Kent Brantly thanks God, asks for prayers and aid for African countries.

ATLANTA (AP) — As one of few Ebola survivors with medical expertise, Dr. Kent Brantly seems keenly aware of the position his painful experience has put him in. He hasn’t spoken yet about his plans, but spent much of his first public appearance pleading for help for countries still struggling with the virus.

"I am forever thankful to God for sparing my life and am glad for any attention my sickness has attracted to the plight of West Africa in the midst of this epidemic," Brantly said Thursday at a news conference before leaving Emory University Hospital, where he and a medical missionary colleague spent three weeks in an isolation unit as they recovered. "Please continue to pray for Liberia and the people of West Africa, and encourage those in positions of leadership and influence to do everything possible to bring this Ebola outbreak to an end," he added before hugging all the doctors and nurses, a display of affection telegraphing the message that Ebola survivors are not contagious.

With the world watching, Brantly could continue sending these messages from the United States or even return to Africa with his doctors’ blessing.

"My family and I will now be going away for a period of time to reconnect, decompress and continue to recover physically and emotionally. After I have recovered a little more and regained some of my strength, we will look forward to sharing more of our story," said Brantly, visibly thinner than he appeared in an image circulated earlier by his charity organization, the North Carolina-based Samaritan’s Purse.

Dr. Bruce Ribner, who runs the infectious disease unit at Emory University Hospital, said he would not discourage an Ebola survivor from treating those with the disease, since there is no danger of a relapse. "There would be no concerns and in fact the likelihood is we would anticipate immunity to this virus so that they would probably not be at risk for infection if they were caring for patients with Ebola virus disease during this outbreak," Ribner said.

Both Brantly and Nancy Writebol, who was quietly released Tuesday, should recover completely, and no one need fear being in contact with them, Ribner said. Writebol’s son, Jeremy Writebol, said in a telephone interview that his mother is able to move around, eat and drink normally. His parents are considering their next steps, he said.

Brantly’s reappearance was celebratory, in contrast to his arrival in an ambulance under police escort three weeks earlier, when he shuffled into the hospital wearing a bulky white hazardous materials suit. Both patients were discharged after their blood tested clean of the virus, which is spread only through direct contact with the bodily fluids of sick people experiencing symptoms.

After Brantly, 33, and Writebol, 59, were infected while working with Ebola victims in Liberia, their charity organizations, Samaritan’s Purse and SIM, reached out to top infectious disease experts for help. Working connections, they obtained one of only five courses available worldwide of an experimental drug known as Zmapp, and Brantly and Writebol split the doses before being evacuated to Atlanta. The other four were later given to a Spanish priest, who died, and three doctors in Africa, who have been improving.

Brantly’s doctors cautioned that it’s unclear whether the drug or a blood transfusion he got from a young Ebola survivor in Africa helped, hurt or made no difference at all.

"They are the very first individuals to have received this treatment and frankly we do not know," Ribner said.

Brantly didn’t take questions at Thursday’s news conference, but he did briefly describe how Ebola appeared in Liberia.