An Opportunity for the Church to Aid Caregivers 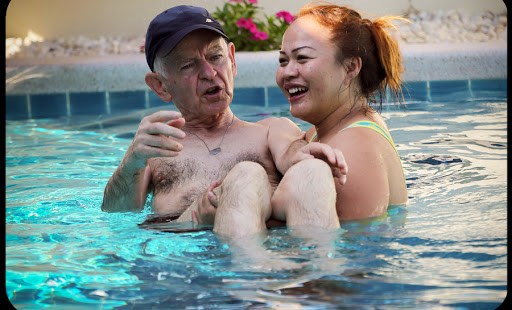 As the population ages, more people will be taking care of elderly and infirm.

The 36-Hour Day (Grand Central Life & Style) is a handbook familiar to many caregivers of people with Alzheimer’s and other forms of dementia. That seemingly mysterious title is no mystery to the caregivers. They know from plenty of experience that they would need not just the regular 24 hours but a solid day and a half to touch all the bases they’re called on to touch during a typical day.

If this makes caregiving sound like difficult work, that’s because it is. Yet many millions of Americans are doing it today, and many millions more will be involved in doing it in the years just ahead. Here is an area where the Church and especially the parishes should roll up their sleeves and lend a hand sooner rather than later.

There is a deeply religious sense in which all of us are called to be caregivers to one another. If anyone doubts that, take another look at the parable of the Good Samaritan. As it’s commonly used today, though, “caregiver” has a special meaning. It’s the name for a person—a spouse or other family member, a neighbor, a friend—who provides unpaid assistance in the activities of daily living and/or medical care to somebody else who needs it. (There are of course paid caregivers too.)

By one count, the overall total of caregivers in America now stands at more than 65 million, which is around 30% of the adult population. The number is certain to rise as the number of elderly grows to 71.5 million by 2030. Two-thirds of the caregivers help someone over the age of 50, and of these about 15 million care for persons with Alzheimer’s or some other dementia. Caregiver services—volunteer work, recall—were valued at $450 billion in 2009.

In the nature of things, some caregivers spend more time at it and some spend less, but no one doubts that the burden can be very great. Authors Nancy L. Mace and Peter V. Rabins write in The 36-Hour Day that ongoing care for a dementia sufferer “can be an exhausting and emotionally draining job.”

“It is quite possible to collapse under the load,” they add.

A Center for Disease Control and Prevention fact sheet reports that about 73% of caregivers in a survey said prayer helps them cope. A recent, helpful volume is A Year of Grace: 365 Reflections for Caregivers, by Laraine Bennett (Our Sunday Visitor). But besides prayer, these people need direct outside assistance. Here’s where the parishes come in.

The literature on this subject repeatedly makes the point that caregivers need regular time off—a couple of hours to go out for lunch, take in a movie, maybe just sit in the park. To make that possible, why couldn’t the local parish run a modest community service program recruiting volunteers to go into homes—either on an as-needed basis or regularly—in order to spell the regular caregivers in tending their disabled or aged charges?

Some parishes probably already do something along these lines. Others easily could. Many have retired parishioners in good health and with time on their hands who are looking for something worthwhile to do. With a little encouragement and coordination from the parish, this could be it.

It could also be an important part of the answer for caregivers who are feeling the strain of struggling with 36-hour days. Some problems have no solution, but others do. This may be a problem with a solution—and the parishes could help provide it.

Russell Shaw
is the author or coauthor of 21 books and numerous articles, columns, and reviews. He is a member of the faculty of the Pontifical University of the Holy Cross in Rome, and former Secretary for Public Affairs of the United States Conference of Catholic Bishops.