ISIS and the Future of Terrorism 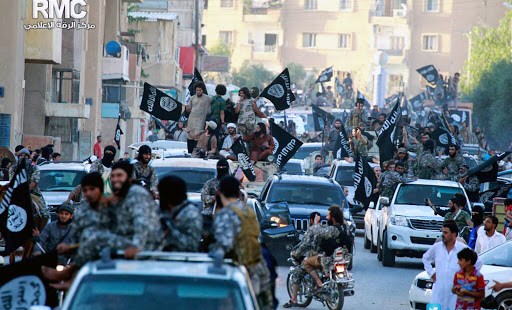 The Islamic State, Boko Haram and other jihadis seem to be on the rise. How lethal could the threats be?

In order to understand modern terrorism and how it might mutate in the near future, it is useful to begin with a document written in 1869 by a Russian anarchist named Sergey Nachayev. Titled “The Revolutionary Catechism,” this brief manifesto, which has been called “the first modern terrorist text,” illuminates the mental and moral universe inhabited by the terrorist, a universe characterized by a profound nihilism.

“The revolutionary is a doomed man,” writes Nachayev. “He has no personal interests, no business affairs, no emotions, no attachments, no property, and no name … The revolutionary knows that in the very depths of his being, not only in words but also in deeds, he has broken all the bonds which tie him to the social order and the civilized world…  Night and day he must have but one thought, one aim: merciless destruction. Striving cold-bloodedly and indefatigably toward this end, he must be prepared to destroy himself and to destroy with his own hands everything that stands in the path of the revolution.”

Nachayev’s cause was the destruction of the Russian crown and aristocratic system, but every campaign that employs violence rests on a core cadre of people committed to nihilistic terror for its own sake. That has been true for all modern terrorist movements, not just those with a Muslim provenance, from Peru’s Shining Path to Italy’s Red Brigades and the Provisional Irish Republican Army. It was true of the Irgun, the Jewish terrorist organization that operated in Palestine between 1931 and 1947, the Palestine Liberation Organization (PLO) and the Hindu nationalists behind India’s “Saffron Terror,” as well as Cambodia’s murderous Khmer Rouge. And it is most certainly true for contemporary Islamist terror organizations like al-Qaeda, Boko Haram, Hamas and the so-called Islamic State (ISIL).

Nachayev’s “Catechism” suggests several important preliminary points about the future of 21st Century terrorism. First, terror is more than merely a tactic. It is greater even than strategy, which military theorists define as the “planning, coordination, and general direction of military operations to meet overall political and military objectives.” On a personal level, terror – or destruction, as Nachayev termed it – is a primal expression of anger and resentment. The terrorist may act in concert with others, but as an individual he acts out of deeply personal psychological motives. His acts may be objectively irrational – suicide bombing, for instance – but subjectively they amount to a rational and even moral choice.

Second, terrorism is a highly adaptive strategy. Detached from all conventional notions of morality, the terrorist is free to innovate and experiment. The decentralized nature of terrorist organizations allows individuals or individual cells the freedom to choose targets, weapons and timing without approval from a traditional command structure. And when a terror organization captures the financial, military and equivalent assets of a nation-state – as happened in Afghanistan prior to September 11, 2001, and as appears to be happening now in eastern Syria and northern Iraq – its adaptive capacity increases significantly.

The difficulty of forecasting the future ways and means of terror organizations is illustrated in the unfortunate example of a report titled “55 Trends Now Shaping the Future of Terrorism,” prepared by Proteus USA, a government think tank sponsored by the National Intelligence University, the Office of the Director of National Intelligence and the U.S. Army War College. The first “trend” highlighted by the report, released in February 2008, was “The economy of the developed world is on path to grow for at least the next five years.” Of course, the developed world’s economy was a smoking ruin by the end of 2008. Similar “trends,” usually in the form of anodyne bromides, are sprinkled throughout the rest of the document.