The Vatican Synod on the Family Will Confront a Hostile Culture 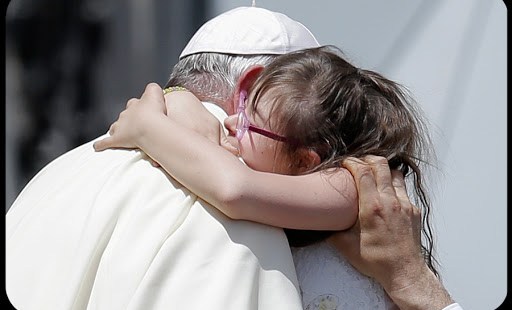 Many hope the Synod will bring clarity to a culture in confusion about marriage and family.

The Oct. 5-19 extraordinary synod will discuss “pastoral challenges to the family in the context of evangelization” in preparation for a family-themed ordinary synod of bishops in 2015 that will produce working guidelines.

The 150 participants of the extraordinary synod will include the presidents of bishops’ conferences and heads of Eastern Catholic churches, along with Vatican officials, according to Catholic News Service.

In calling an extraordinary synod to prepare for an ordinary synod, Pope Francis is sending a signal about the importance of the family, said San Francisco Archbishop Salvatore Cordileone, chairman of the U.S. Conference of Catholic Bishops’ subcommittee for the promotion and defense of marriage. “I think this indicates what a high priority this is for [him].”

Indeed, the Pope told a worldwide charismatic gathering in June that the devil is trying to destroy the family, and he urged families to be “strong in the face of this crisis.”

In the months leading up to the October synod in Rome, some reports have cast Pope Francis as an agent of change. The Los Angeles Times, for example, said contraception, cohabitation, divorce, remarriage and same-sex unions will be “put up for debate” at the synod by “a man who appears determined to push boundaries and effect change.” The story went on to say that the synod could “herald a new approach by the Church to the sensitive topics.”

However, the idea that the synod will change the Church’s teaching on marriage or any other essential truth is simply wrong, said Brian Brown, president and co-founder of the National Organization for Marriage, and a member of Legatus’ Philadelphia Chapter.

"The issue of marriage as the union of man and woman,” Brown said, “Pope Francis has repeatedly been strong.” Catholics should reject reports that the core truths of the faith are going to be redefined, he said. Rather, “the synod is an opportunity to reassert the beauty, hope, the love that is the natural family,” Brown added.

“Church teaching can’t change,” Archbishop Cordileone told Legatus magazine. “Otherwise, we’re into that dictatorship of relativism.” Church discipline could be modified, he said, but even there he expressed caution because certain disciplines have evolved over the centuries and are deeply intertwined with Church teaching and theology.

Although the U.S. news media have focused on a few issues like same-sex unions and the treatment of divorced Catholics, the synod’s preparatory document lists multiple topics for discussion. These include mixed or interreligious marriages, the single-parent family, polygamy, a culture of non-commitment affecting the view of marriage as permanent, forms of feminism that are hostile to the Church, an increase in the practice of surrogate motherhood, and new interpretations of what is considered a human right.

“With a topic like the family, this synod could go in a hundred different directions,” said John Thavis, former Rome bureau chief for Catholic News Service and author of The Vatican Diaries. Thavis pointed out that discussions will be limited by the two-week time period, although the 2015 general synod will provide for follow-through.

“I think what Pope Francis has in mind is that what happens this fall will be taken back to local church communities for further discussion and refinement,” Thavis said. This would be similar, he added, to what happened during the Second Vatican Council during which cardinals returned to their home dioceses for continued work on questions discussed in the Council sessions; they then went back to Rome to make decisions.