A Perfect Church of and For Sinners 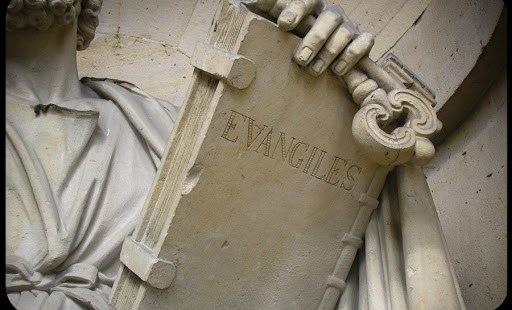 The one, holy, Catholic and apostolic church is filled with sinners, but she and we will prevail if we’re faithful.

We Catholics are not well known for being able to recite Bible verses off the top of our heads, or even being able to cite certain verses (something we ought to improve upon). Still, if you are able to remember just a few, the Gospel for this week, Matt 16:13-20, should certainly be one of them.

This is the Gospel passage Catholics lean on often. Why do we have a Pope and where does he get off wielding the authority he does? Matt 16:13-20.

Where did Jesus give the Church the authority to teach definitively on matters of faith and morals? Matt 16:13-20.

Where can we find a defense for the sacrament of penance and the practice of excommunications? Matt 16:13-20.

How can we place so much confidence in a Church filled with sinners, one that Satan himself can never defeat? Matt 16:13-20!

But alas, as much as we are comforted by these verses and remember why we are proud to be members of the one, holy, catholic and apostolic Church, let’s face it, it is rough out there for the Church. All over the world, there is violence, including increasing violence against Christians.

The degrading of marriage and of the family through divorce and the promotion of impostor, same-sex “marriages” has advanced at breathtaking speed. The over-sexualization of our culture has reduced people to mere objects of pleasure, and when an “inconvenient,” though not unexpected, pregnancy occurs, the horror of abortion remains an option for many.

I could go on, but you get the point. It does not seem like we are moving towards victory sometimes. Satan seems to be winning despite Christ’s promise.

What makes it worse, is that the very institution that is supposed to be out there fighting against these destructive trends, the Catholic Church (the Church Militant), has herself been plagued with evils that appear sometimes to rob Her of Her moral authority. I speak first of, course, about the sexual abuse scandals that have rocked Her over the last fifteen years, but not this alone.

Another scandal, one less obvious but by no means less dangerous, is the disconnect between the faith of the Church and the lives of many who call themselves Catholic. True, it has never been the case in our history that every rank-and-file Catholic was a theologian and a saint, but fewer then than now proudly tried to make vice into virtue or publicly contradict the faith (as some “catholic” politicians are wont to do).

Yet despite all these challenges, we hear, “And so I say to you, you are Peter, and upon this rock I will build my church, and the gates of the netherworld shall not prevail against it.” Matt 16:18.

Despite all the doom and gloom, if we believe our Savior (as we of course should), we are reminded that He is in control, and that the victory won by Him cannot be taken away from us! Only a person who loses faith in Christ and in His mystical body, the Church, can lose the victory.

With all due respect to the scholars who edited and formatted the Sunday lectionary, the Gospel today should really be longer, because just a few lines later, Peter adds something exceptionally important to this scene. He tries to convince our Lord that He should avoid the suffering awaiting Him on the Cross. But Our Lord tells Peter off: “Get behind me, Satan! You are an obstacle to me. You are thinking not as God does, but as human beings do.” Matt 16:23.

Here we have Peter, the first Pope, who has just been given the keys to heaven and Earth, botching it up on his first day on the job.

This should actually be a comfort to us. Our Lord clearly did not make a mistake selecting Peter, nor did He oversell the victory of the Church. This entire exchange reminds us that Christ did not establish a perfect Church with perfect people, but rather a divinely protected Church filled with people who sin.

Throughout the Church’s entire history of popes, bishops, priests, religious and laity, there have been many saints and many grievous sinners (let’s not pretend otherwise), but never has the Church altered the truth of the Gospel or ceased defending it. This alone is an amazing confirmation of our Lord’s promise to Peter.