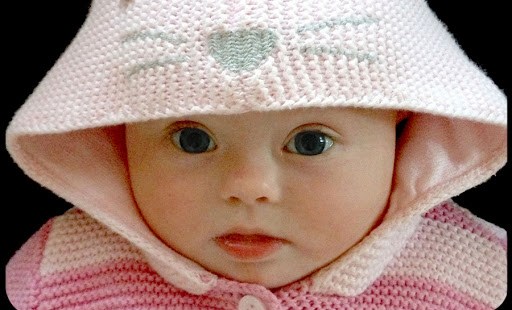 Dawkins’ moral imperative to abort babies with DS elicits disgust from many corners.

“Abort it and try again — it would be immoral to bring it into the world if you had a choice.”

So tweeted the world’s most famous atheist scientist, Richard Dawkins, dispensing moral advice concerning babies with Down’s Syndrome. For a scientist, he doesn’t know much about babies though. There are two varieties—him and her. There are no “it” babies.

He wrote that callous statement in response to a tweet in which a woman stated she’d find herself in a real ethical dilemma were she to be pregnant with a child with DS.

The comment was not surprising because Dawkins has a long history of utilitarianism. The author of The God Delusion sees the world thus:

“In a universe of electrons and selfish genes, blind physical forces and genetic replication, some people are going to get hurt, other people are going to get lucky, and you won’t find any rhyme or reason in it, nor any justice. The universe that we observe has precisely the properties we should expect if there is, at bottom, no design, no purpose, no evil, no good, nothing but pitiless indifference.”

The intellectually or ruthlessly “fit” survive and have a moral imperative to wipe out the rest. Lest families of children with DS feel singled out though, it’s well to remember that Dawkins supports infanticide for presumably any reason:

“What about infanticide? Morally, strictly morally, I can see no objection to that at all. I would be in favor of infanticide.”

The Twitterworld was aghast at Dawkins’ comments concerning the moral imperative to abort children with DS. The comment goes way beyond allowing women the choice to abort a child with a disability.

Of course, he’s not alone in these beliefs. Virginia Ironsides, British author and gadfly shocked her host and audience on a BBC TV show, saying:

“If a baby’s going to be born severely disabled or totally unwanted, surely an abortion is the act of a loving mother.”

She carried that a step further, adding: “If I were the mother of a suffering child – I mean a deeply suffering child – I would be the first to want to put a pillow over its face. … If it was a child I really loved, who was in agony, I think any good mother would.”

Later, Dawkins issued a half-baked apology of sorts that will probably do little to quell the furor:

"What I was saying simply follows logically from the ordinary pro-choice stance that most of us, I presume, espouse,” he wrote. “My phraseology may have been tactlessly vulnerable to misunderstanding, but I can’t help feeling that at least half the problem lies in a wanton eagerness to misunderstand.” (emphasis added)

Aha! So his words were "vulnerable to misunderstanding" but it’s really our fault for being wantonly eager to misunderstand. Say what? His advice was hardly of such complexity that average people could wantonly misunderstand the import: “Abort it and try again — it would be immoral to bring it into the world if you had a choice.” Seems clear enough to me.

The very best response to Dawkins’ advice came from an unusual source–a scientist and fan of Dawkins’ books, who freely confessed that he would have agreed with Dawkins “abort it” statement even 18 months earlier. He explains:

“I understand the Professor’s point of view implicitly. In fact, what he says still makes total logical sense to me. His conclusion is the natural one to arrive at when you approach the dilemma logically given the available information, an objective mind-set and (crucially) a non-religious point of view.

“18 months ago I would even have agreed. The arrival of my daughter with the surprise of having this very condition has shone a light on the gulf of ignorance, not to mention the factually incorrect prejudice underlying this opinion. Reading the Professor’s opinion back does horrify me now to think what I might have done, had the condition been diagnosed during pregnancy.