The Question Every College-Bound Kid Should be Asking 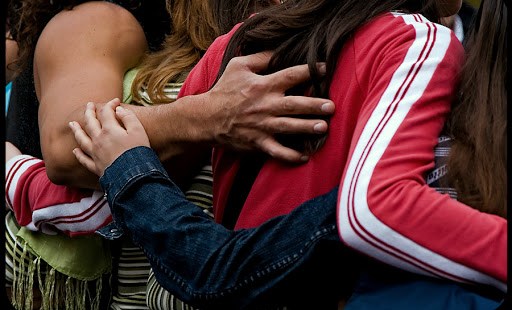 Lessons on life from a fictional Russian monk and “Gaudium et Spes.”

Parents, as you send your daughters and sons off to college, may I have a word with them first?

Because I want to share with them a story from one of my favorite films: an obscure Russian work called “Ostrov,” which means “The Island.” It’s a beautiful tale about an Orthodox monk, Anatoly, who is the unwitting spiritual leader of a remote monastery.

His life is one of self-denial, penance and hardship. Tending to the monastery’s furnace, he hauls barrels of coal across a precarious, icy strip of land to the furnace, day and night, in bitter conditions. By the time we meet Anatoly, he has already become renowned for his holiness. He receives visitors from near and far who seek his guidance and wisdom—as well as miracles.

One bit of drama in the film is the contentious and somewhat humorous relationship Anatoly has with a younger, prideful monk—Fr. Iov—who is continually pained by Anatoly’s playful assaults on his sense of self-importance.

Eventually—near the very end of Anatoly’s life, Fr. Iov comes to understand Anatoly’s goodness. Too late, it seems. Anatoly tells Iov that he expects his death before the week passes. What anguish and yet how human! As Anatoly climbs into his wooden coffin and Fr. Iov sees the end is at hand, he finally cries out in humility: “How should I live?” And Anatoly replies:

“We are all sinners. Live the way you can. Just try not to sin too much.”

Curious parting words for a saintly monk, but words that capture the comedy of the drama of the human person. The spirit of the message seems to be: It’s hard to live well. But it has to be tried.

Now, as you head off to college, you are faced with the same question: How should I live? And I say with Anatoly: It’s hard to live well—but it has to be tried.

But, dear young people have courage in the face of the difficulty. Like other great feats of human achievement, living well can be accomplished with the right preparation and with proper attention to the nature of heroism.

First, preparation: What does it mean to “prepare” to live well?  Right—education.

We’re not born as finished products. Wherever you are, wherever you are going, aim to acquire the kind of education that will enable you to live well. Seek teachers who are truly wise. Read books of lasting value. Become intimately familiar with The Good so that you can conform yourselves more closely to that Good.

We live in a frivolous age, an age when institutions of higher learning generally plead the fifth on what constitutes a good life. So in case no one else ever tells you, I want you to hear it now:

Virtue is the essence of the heroic life.

And how can this be lived? What is the secret to living well? Let’s go back to our hero, Anatoly. Would you like to know how he arrived in the monastery in the first place? He killed a man. Not out of malice or spite, but out of cowardice. As a young sailor in the Second World War, his boat was captured by German soldiers. They boarded the ship and ordered that he shoot his commanding officer to avoid death himself. This he does. But the Nazis then go back on their word and blow up the ship.

Miraculously, Anatoly survives, and washes up on the shores of a monastery by the sea. Plagued by guilt, he enters and spends the rest of his life praying for the soul of the man whom he has killed. Simply put: Anatoly spends his whole life after that living for another person.

Recall the iconic words of the Second Vatican Council: “man, who is the only creature on earth which God willed for itself, cannot fully find himself except through a sincere gift of himself” (Gaudium et Spes, 24).