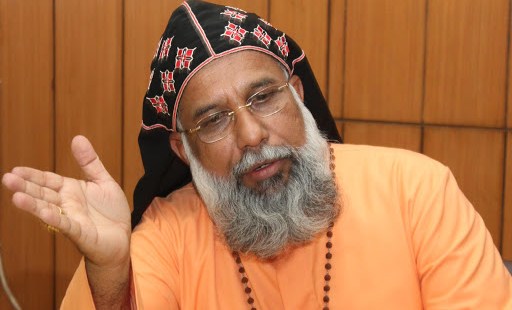 Cardinal meets with leader of BJP, whose track record with religious minorities is spotty.

New Delhi — When Narendra Modi, the new prime minister of India was chief minister of the state of Gujarat, anti-Muslim violence broke out following the torching of a train carrying Hindu pilgrims. According to official figures, the incident, in 2002, left over 700 Muslims dead. Non-governmental organizations put the figures much higher.

Modi, who has been known as a staunch Hindu nationalist, became a highly polarizing figure for his widely-criticized failure to control the 2002 anti-Muslim carnage. Because of his questionable role in the incident, was denied a U.S. visa under the International Religious Freedom Act.

Christians might also have reason to be wary of Modi. When his BJP (Bharatiya Janata Party) was in control in Gujarat, Christian targets underwent a series of assaults.

“Incidents of violence against Christians have been higher in BJP-ruled states,” said John Dayal, an outspoken national Catholic activist.

But Cardinal Baselios mar Cleemis, president of the Catholic Bishops Conference of India, has called for giving Modi "a chance without prejudging him."

“The prime minister has just begun his job. He has promised good governance by taking all sections of people along. We are optimistic. We should give him time,” remarked Cardinal Cleemis at a news conference on August 19 at the bishops’ conference headquarters. Cardinal Cleemis had his first meeting with Modi the previous day.

Modi was sworn in to head the Indian government on May 26 after the BJP (Indian People’s Party) won a landslide victory in parliamentary elections under Modi’s leadership.

"He has been elected with majority and we have to respect him and the verdict," said Cardinal Cleemis, major archbishop of the Syro Malankara Church, which was part of the Orthodox communion until it entered into communion with Rome in 1930. The cardinal is based in Trivandrum in the southern state of Kerala.

“It is not proper to prejudge the prime minister," commented Cardinal Cleemis, who at 55 is the youngest cardinal in the Catholic Church. "Let us wait and watch the government action.”

He noted that in his Independence Day speech on August 15, the prime minister called for a moratorium on violence that is based on religious intolerance. The cardinal praised the call as a "very positive one.”

Calling for a 10-year “moratorium on caste and communal violence,” Modi told the nation that it was a “shame” that such violence plagued India many years after it gained independence from Great Britain in 1947.

"We have fought enough; we have killed enough. Turn back and see, has anyone gained anything?" Modi remarked.

When asked at the press conference whether the Church is worried about Modi’s moorings in the Rashtriya Swayamsevak Sangh, or National Volunteer Corps, known as the  fountainhead of Hindu nationalism, whose chief recently declared that Hindu nationalism “subsumes all other identities,” Cardinal Cleemis admitted that such statements cause “anxiety.”

But the cardinal cautioned that “undue weightage” should not be given to such personal opinions. Distinction should be drawn between “personal opinion of one person” and that of the statements made by the prime minister, he said.

Modi, during the 22-minute meeting, was ‘highly appreciative’ of the work of the Church in education, healthcare, and rural empowerment, Cardinal Cleemis said. “He is well aware of the exemplary work of the Church” after the devastating earthquake that hit Gujarat in 2001.

Caritas India and Catholic Relief Services and other Christian charities built more than 5,000 houses in the remote Kutch region, where Christianity is virtually unknown.