Report About ISIS Threat to Pope “Has No Foundation,” Spokesman Says 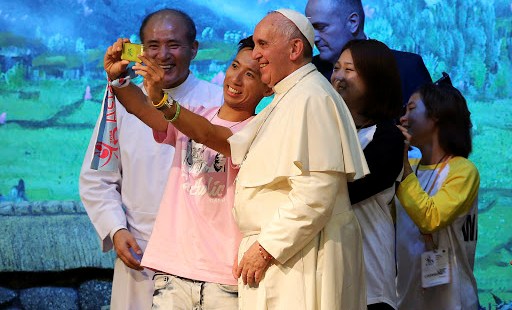 “There is nothing serious to this,” Father Lombardi declares.

In response to news circulating stating that the Islamic State has targeted Pope Francis as the “bearer of false truth,” Jesuit Father Federico Lombardi has stated that there is no reason for concern.

“There is nothing serious to this. There is no particular concern in the Vatican. This news has no foundation,” the spokesman told Catholic News Agency Tuesday.

Rumors about ISIS setting its sights on the Bishop of Rome spread following an Aug. 25 article published in Italian newspaper “Il Tempo,” claiming the number of jihadists in Italy is on the rise due to the influx of unidentified immigrants in the country.

The article states that the Islamic fundamentalists, led by Al-Baghdadi, plan to “raise the level of confrontation” in Europe and alluded to Israeli sources who said that Pope Francis is “also in the crosshairs of ISIS” as “the greatest exponent of the Christian religions” and the “bearer of false truth.”

On his flight back from Korea this month, Pope Francis answered a question about whether he "approved" of U.S. bombing of targets in Iraq to protect American interests there against the ISIS threat and protect innocent refugees fleeing the Islamist group.

The Pope added, "But we also need to remember. How many times, with this excuse of stopping an unjust aggressor, the powers have taken over peoples and carried on an actual war of conquest. One nation alone cannot determine how to stop an unjust aggressor. After the Second World War, there was the idea of the United Nations: that is where discussion was to take place, to say: ‘Is this an unjust aggressor? It would seem so.  How do we stop him?’ This alone, nothing else."

Despite the fact that the reports regarding the threat of attacks in Europe and specifically of a danger to the Pope appear to be unfounded, an Aug. 20 article published by Italian news agency Rai reveals that Italy is tightening its security.

According to the agency, there have been no targeted threats or specific indications of attacks on Italy, however a nationwide alert has been issued.