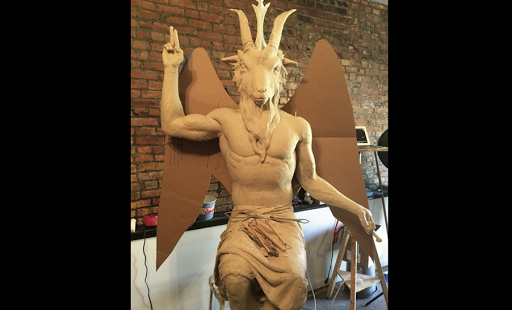 The father of lies adapts to our times.

Every age gets the devil it deserves.

If monarchial unrest gave us Milton’s sullen, civil warring upstart, and an era of enlightenment delivered Goethe’s wry, witty, world-weary Mephistopheles, it should come as no surprise that our contemporary vision of Satan mirrors our own sensibilities just as well.

These days, art and entertainment typically feature Old Scratch and his agents wearing business suits and toting briefcases, but the updated attire indicates a visitation of an older trope: that richly medieval image of the devil-as-deal-maker. And, given the nature of modern deal-making, our Satan has become supremely political, and very litigious.

I want to think with you shortly about a strange thread of Satanic politics we’ve encountered lately, primarily through lawsuits prodding the limitations of the protection of religious liberties. But before that, I’d like to outline exactly what element of Satan’s character I intend to consider here, since his presence is used to invoke a multitude of meanings.

Over time, the figure of Satan has taken on a kind of capaciousness that few other characters, mythical or historical, could ever rival. Almost any imagination can be mapped onto him with some kind of plausibility; it is hard to begrudge the mass of interpretations precisely because the act of looking upon the glory of God and turning away from it is such a profoundly disorienting one. Who can this character possibly be? Can his doomed rebellion tell us something about ourselves?

Augustine, among others, viewed the fall of man as essentially a recapitulation of the first diabolical sin, and tended to imagine Satan’s defection as the limit case (as Charles Taylor puts it) of sin itself.

For Augustine, Satan’s sin forms a clean case for consideration because it wasn’t constrained or coerced by anything; he wasn’t confused, cajoled, or subject to the vicissitudes of a fallen world. Instead, he committed what is for Augustine the archetypal moral evil: He freely chose to delight in himself rather than God, and in doing so destroyed himself.

As Augustine writes, “That angel [Lucifer], delighting in himself rather than in God, was unwilling to be subject to Him and swollen with pride: he abandoned the Highest Essence, and he fell.” Because evil is non-being in Augustine’s ontology, Satan’s apostasy meant a diminishment, a lessening, a turn toward non-existence. This is what Augustine means when he says that Satan abandoned the Highest Essence: Without God, Satan is eternally reduced, evermore lacking, and, it seems, gradually decreasing toward his eventual total negation. Satan is the embodiment of evil, therefore, in that he is the first creature to will his own destruction, and in that his diabolical sin represents the most extreme, archetypal turn toward non-existence.

Satan is, therefore, principally caught up in his own undoing. His nature as we now know it (as opposed to the nature he abdicated) is defined by its unmaking. He is what he is because he willfully chose the path of non-being, and if we are to know him by his works, then we will know him by falsehood, inauthenticity, and ruin.

And so we do, especially as of late. Recently, Satan has spilled ink in politics mainly through the work of Satanists, whose title is more accurate than they understand it to be. ‘Satanism’ is technically an incoherent label encompassing an undefined set of non-believers who, despite their total lack of unifying characteristics, have generated an impressive media profile in the last several months.