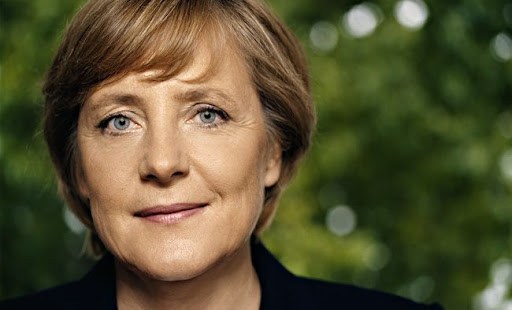 It’s been reported that Germans represent the largest number of foreign pilgrims walking El Camino de Santiago, the way of St. James, leading to the Spanish cathedral dedicated to the Apostle. In 2013, there were 16,203 German pilgrims recorded reaching the ancient place of pilgrimage.

Though she did not walk the entire route, which begins in the Pyrenees and usually takes a full month to hike, Merkel joined Spanish Prime Minister Mariano Rajoy for a four-mile stretch of the trail. She also gave the traditional embrace to a statue of the Apostle St. James.

The German chancellor was on a two-day visit to Galicia, Spain, the northwestern region where Santiago is situated, preparing for a European Union summit to decide who gets the top jobs in the 28-nation bloc for the next five years. The European Commission proposes and enforces laws for 500 million Europeans.

Merkel, 60, and Rajoy, 59, took nearly an hour to walk between the villages of O Pedrouzo and Lavacolla, near the airport at Santiago de Compostela.

On Monday, in addition to meetings and political activities, Merkel and Rajoy received a guided tour of the cathedral from Archbishop Julián Barrio of Santiago. Merkel contemplated the restoration of the Portico de la Gloria and received a facsimile of a book on the Camino.

Agence-France Presse called the mini-pilgrimage “a highly symbolic show of unity with Spain and its arduous path to economic recovery.”