Interreligious Match for Peace Set to Kick Off Sept. 1 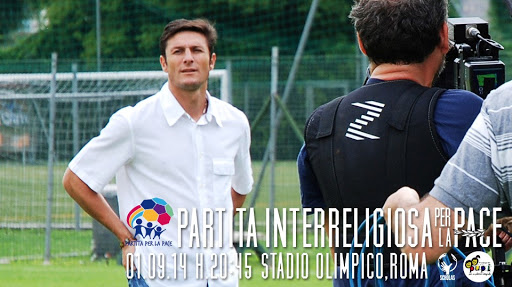 Soccer summit called for by Pope Francis will bring players together for a cause.

The offices of Vatican Radio served as host for the presentation of theInterreligious Match for Peace, which will be played on Sept. 1 at Rome’s Stadio Olimpico.

The match will feature current and past players representing different cultures and religions: Buddhist, Christian, Jewish, Hindu, Muslim and Shinto.

The event, proposed by Pope Francis, is organized by the Scholas Occurrentes initiative and Italy’s Fundazione PUPI, and aims to unite fans and players from all world regions and faiths, through their shared love of sport, in a moment of unity and solidarity in support of world peace.

The United Nations Rome-based Food and Agriculture Organization (FAO) is also partnering with the event.

"The prevention and resolution of conflict is central to the goal of eradicating hunger and malnutrition. Indeed, without peace there can be no end to hunger, and without ending hunger, there cannot be peace," said FAO Director-General Jose Graziano da Silva.

The proceeds from the event will be given to the project “Un’Alternativa di Vita,” which supports poor children in Buenos Aires.

"When I spoke with Pope Francis about this project, it was a big concern for us to do something for world peace,” said Zanetti. “I think the fact that so many stars have joined in can help professional football support peace. Altough the game is raising money for charitable purposes, the most important thing we want to do is spread the Pope’s message of peace to the world."