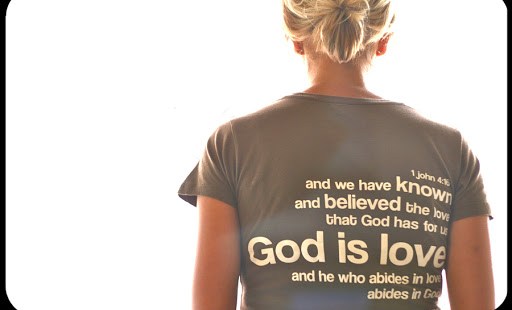 Women whom God has healed know the full measure of his mercy.

I’ve been working on a project about healing after abortion and part of that has included listening to the stories of post-abortive women who have experienced God’s healing and forgiveness. Each woman’s story is unique and yet they all contain two common threads. First, each women suffered a long and difficult journey from the darkness of abortion into the light of reconciliation and peace. Second, the key component in all of their journeys was their eventual belief in God’s love for them despite their past conduct.

I’m in awe of the courage and faith of these women, and I’m humbled by their absolute trust in God’s love and their acknowledgement of complete delendency on his mercy.

After hearing their stories, I had to ask myself, “Do I value God’s love?”

The answer was “yes, of course.” But then the follow-up question arose: “As much as they do?”

That question was harder for me to answer. Do I value his love the way these women do, who thank God for his love every day of their lives? Do I realize, as they do, that he loves me no matter what I’ve thought, said or done?

I value God’s love in the sense that I understand its worth, but I certainly haven’t always valued it fully for its power to transcend any human fault, weakness and sin. I do pretty well when I’m doing a fairly good job of living my Catholic faith. It’s harder when my fervor slumps or I make a terrible mistake (which, regrettably, happens all-too often). When I’m down on myself, I tend to think that God is down on me, too.

A couple of days ago, I ran across a quote from a 1965 homily by Servant of God Father Joseph Kentenich (1885-1968) that defined God’s love in a way I’ve not heard it described elsewhere:

The post-abortive women I interviewed could experience that stream of love because they opened their hearts to it, despite their fear and their excruciating pain. And they came to value God’s love in a depth and intensity that most of us, including me, fail to do. God’s love is all-encompassing; it knows no limits. That’s as true for us when we commit a serious offense as it is for the person next to us.

One of the women spoke of King David’s example. David was anointed by the prophet Samuel, and chosen by God to be King of Israel. As a young boy, he fought and killed the Philistine giant, Goliath. He was a righteous king, and an accomplished warrior, musician, and poet. In fact, he’s credited as being the author of many of the psalms. He brought the Ark of the Covenant to Jerusalem and was loved and respected by his people. God made a covenant with David and promised that his throne will be “established forever.”

And then one day, David was enticed by the beauty of Bathsheba, the wife of Uriah the Hittite, one of David’s captains who was then away fighting the Ammonites. He had Bathsheba brought to his palace, seduced her and she became pregnant. When he wasn’t able to get his loyal servant Uriah to go home and sleep with his own wife so that the child could be passed off as Uriah’s, David sent Uriah to the frontlines and ordered that his comrades retreat so that Uriah would be slain in battle.