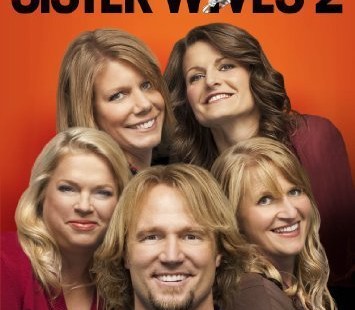 The cast of “Sister Wives,” a hit television show featuring a polygamous family, has something to celebrate today.  On Wednesday, Federal Judge Clark Waddoups finalized his December order striking down a key part of Utah’s statute banning the practice of bigamy.

Kody Brown, his four “wives” and their 17 children are Lehi, Utah, residents and members of the Apostolic United Brethren, a fundamentalist Mormon sect that continues to practice polygamy, which in 1890 was formally eschewed by the official Mormon Church, also known as the Church of Jesus Christ of Latter Day Saints (LDS). That decision was critical to the recognition of the Utah territory as an American state in 1896. The ban on polygamy is written into both the Utah Constitution and statutory law.

In 2010, the television network TLC began broadcasting a reality show that examined the lives of the Brown family. The day after the program debuted, Utah Attorney General Jeff Buhman directed police in Lehi to investigate the Browns for a possible felony violation of the state’s bigamy statute. A criminal case was never brought, but the Browns hired celebrity lawyer Jonathan Turley and sued the state on the grounds that the investigation had violated their constitutional privacy and religious rights.

At issue in Brown v. Buhman was a key provision of Utah’s bigamy statute. In the Brown family there is only one legal marriage license, the one between Kody Brown and his original wife, Meri. According to the family, the other three “marriages,” while not legal contracts, were validated according to the rites of the Apostolic United Brethren and Mormon tradition. Though “spiritual,” the family claims, they are no less marriages than the legal one between Kody and Meri.

The problem is that the Utah statute anticipated these sorts of claims by polygamous families. In addition to obtaining multiple concurrent marriage licenses, it includes those who “purport to marry” or “cohabitate” with multiple partners as bigamists and therefore felons. It was on this basis that Utah defended its statute, and it was also on this basis that Judge Waddoups ruled.

In his 91-page judgment, Waddoups notes “the incongruity between criminalizing religious cohabitation but not adulterous cohabitation, or rather selectively prosecuting the former while not prosecuting the latter at all, demonstrates that the cohabitation prong is not narrowly tailored to advance a compelling state interest.” In other words, the state has no real interest in cohabitation apart from marriage, or else it would be investigating and prosecuting all couples who live together. Instead, the state only acts when cohabitation is practiced as marriage in a religiously-motivated polygamous family:

Adultery, including adulterous cohabitation, is not prosecuted. Religious cohabitation, however, is subject to prosecution at the limitless discretion of local and State prosecutors, despite a general policy not to prosecute religiously-motivated polygamy. The court finds no rational basis to distinguish between the two, not least with regard to the State interest in protecting the institution of marriage.

Waddoups goes on to note that the phrase “purport to marry” ought to be defined narrowly, not as when a polygamous family “purports” to have multiple legal marriages, but when a man deceives a woman by purporting to marry her while already married to someone else. As Waddoups notes, the wives in polygamous families know full well prior to spiritual marriage and cohabitation that there are other wives in the mix. No deception is involved.

In the end, Waddoups struck the cohabitation language from the Utah statute, redefined the “purport to marry” phrase narrowly, and kept the prohibition on multiple concurrent marriage licenses. As a result, polygamy isn’t legally recognized by the State of Utah, but it is legal to engage in polygamy so long as no more than one marriage license is involved. The current Attorney General of Utah has vowed to appeal the case, which will take it to the Tenth Circuit Court of Appeals (Denver) and possibly on to the US Supreme Court.