Why Teen STAR Is Uniquely Successful in Motivating Abstinence Among Teens 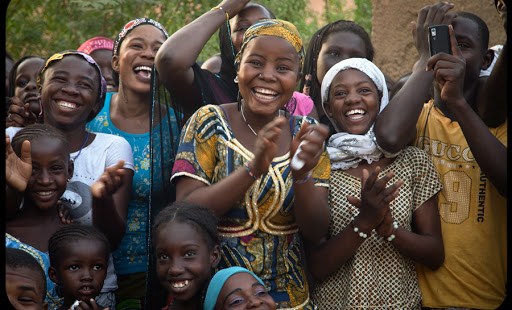 What would you call a “sex ed” program for teens that achieves results like this: 96.4% of the students responding to a 2-year post-graduation behavioral questionnaire reported that they remained abstinent?

Too good to be true? A fluke? No. It’s called Teen STAR: “Sexuality Teaching in the context of Adult Responsibility.”

The questionnaire was a follow-up to a Teen STAR initiative that trained hundreds of volunteers to teach over 55,000 Ugandan and Ethiopian teens the 14-session, year-long  school-based program, made possible through a grant from USAID under the President’s Emergency Program for AIDS Relief (PEPFAR). Funds were awarded Teen STAR as a means of reducing HIV/AIDS transmission.

Despite this remarkable success and despite tremendous support from the parents and community, Teen STAR is no longer being funded by USAID in countries experiencing an AIDS epidemic because this Administration now supports the use of long-acting reversible contraceptives (LARCs) and condoms to reduce pregnancy, HIV/AIDS transmission and the population. This is the same failed strategy that the Bill and Melinda Gates Foundation has recently embarked on.

Thankfully, Teen STAR will continue to be offered in the Diocese of Meki, Ethiopia because the Director of Education just announced his plan to train more instructors and have Teen STAR offered in every school—government-run and religious—under his jurisdiction. In addition, the government’s district education officer in Asella, Ethiopia intends to offer Teen STAR in his school district, based in part on the remarkable changes he observed in his son who was in the local Teen STAR program. Instead of hanging out with friends in the evening drinking beer, his son began inviting his buddies to their home to study and do their homework together.

Today, Teen STAR is being taught in 27 countries and on five continents.

The second study, which included students aged 12 to 18, from ten schools, found that Teen STAR “reduced sexual activity, delayed sexual onset, and increased positive attitudes toward abstinence.” Nine percent of students in the Teen STAR group were currently sexually active, compared to 20%  in the control group. Fewer Teen STAR students initiated sexual activity (3.4% of females and 8.8% of males), compared to the control group (12.4% of females and 17.6% of males).

Before discussing the program’s rationale and content, I want to introduce readers to Teen STAR’s founder and leader since its inception in 1980: Hanna Klaus, MD, FACOG, Diplomate of the American Board of Obstetrics & Gynecology (also known as Sr. Miriam Paul, and a member of the Medical Mission Sisters).

One year after Nazi troops invaded Austria, Dr. Klaus was sent to a foster family in England, at the age of 11. Her parents were able to get to New York the following year, where she then joined them. At 14, she was baptized in the Lutheran Church