Vatican’s Chief Liturgist Reassigned to a Diocese in Spain 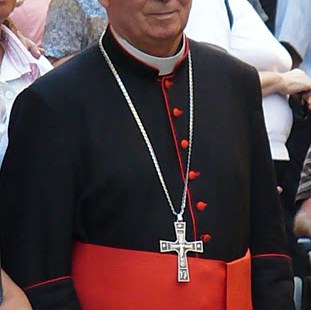 Pope Francis has appointed Cardinal Antonio Cañizares Llovera, prefect of the Congregation for Divine Worship and Discipline of the Sacraments, as archbishop of Valencia, Spain. He will succeed Archbishop Carlos Osoro Sierra of Valencia, who has been named archbishop of Madrid.

The Pope has not yet named a new prefect for the Congregation for Divine Worship and Discipline of the Sacrament. Vaticanista Sandro Magister noted nearly a year ago that although liturgy was not among the evident priorities of Pope Francis, the fact that all of the advisors Pope Benedict XVI had brought in for the office of pontifical ceremonies were replaced after only seven months into the new pontificate was “significant.” But he brought back an ally of Archbishop Piero Marini, who himself had been dismissed from his role as papal master of ceremonies in 2007. Some believe Pope Francis will appoint Archbishop Marini to head the Congregation for Divine Worship.

Cardinal Cañizares, nicknamed “Little Ratzinger,” maintained close ties with Spain during his tenure at the Curia. According to some sources, he asked Pope Francis to return to a Spanish diocese. He was ordained a priest of the Valencia Archdiocese and formerly headed the Spanish dioceses or archdioceses of Avila, Granada and Toledo.

Archbishop Osoro, whose nickname is “little Francis,” became Archbishop of Valencia in 2009. Known for his capacity to work and for missionary zeal, his appointment to Madrid is indicative of Pope Francis’ own enthusiasm for renewal of ecclesial life.

“Traditionally, Roman Curia department heads, especially if they’re cardinals, stay on the job until retirement. And after they retire, most continue to reside in Rome rather than returning to pastoral work in their home countries,” Thavis wrote on his blog.

Thavis noted that Cañizares presided over a series of “conservative" decisions regarding the liturgy—including the recent instruction to tone down the exchange of the sign of peace during Mass—to reflect greater "sobriety" in its celebration.