Pope at Angelus: Care for Creation and Gospel Values 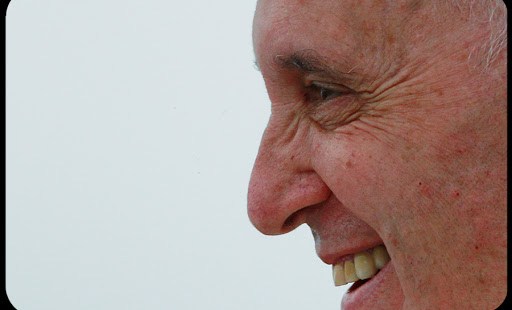 Francis hopes for greater efforts to “safeguard the life and health of people by respecting nature.”

Pope Francis on Sunday called on the faithful and all people of good will to have greater care for creation. His appeal was offered to mark the Italian Bishops’ Day for the Safeguarding of Creation initiative, which the bishops have this year chosen to focus on educating in the care for creation.

“I hope,” said Pope Francis, “that everyone – institutions, associations and citizens – will strengthen their efforts, so as to safeguard the life and health of people by respecting the environment and nature.”

The Pope’s call came in remarks following the Angelus prayer with pilgrims and tourists gathered beneath the window of the papal apartments in the Apostolic Palace that overlooks St. Peter’s Square in the Vatican.

Ahead of the traditional prayer of Marian devotion, Pope Francis reflected on the Sunday Gospel reading, in which St. Matthew recounts the moment in which Christ revealed to His disciples His coming Passion, death and Resurrection (Mt. 16:21-27).

“It is a critical moment,” explained Pope Francis, “in which the apparent contrast between Jesus’ way of thinking and that of the disciples emerges,” especially in Peter’s behavior. The leader of the twelve rebukes the Master, wrongly thinking that the Lord could not possibly come to so ignominious an end.

“Then,” Pope Francis went on to explain, “Jesus, in turn, severely rebukes Peter, because he does not think ‘according to God, but according to men,’ and plays – without realizing it – the part of Satan, the tempter.”

The Holy Father said that St. Paul, who tells us in his letter to the Christians at Rome, “Be not conformed to this world; but be reformed in the newness of your mind, that you may prove what is the good, and the acceptable, and the perfect will of God, (Rom. 12:2)” drives the point home with insistence.

“In fact,” continued Pope Francis, “we Christians live in the world, fully integrated into the social and cultural reality of our time, and rightly so: but this carries with it the risk that we might become ‘worldly,’ that ‘the salt might lose its flavor’ (cf. Mt. 5:13).”

He went on to say, “Instead, it should be the opposite: when the power of the Gospel remains alive in Christians, it can transform ‘mankind's criteria of judgment, determining values, points of interest, lines of thought, sources of inspiration and models of life, which are in contrast with the Word of God and the plan of salvation. (Evangelii nuntiandi, 19).’”

This was a theme to which the Holy Father returned in his greetings to the faithful, especially to the participants in the 5th international gathering of Catholic legislators, which opened this past week in Frascati, outside Rome. “I encourage you to live the delicate role of representatives of the people in conformity with Gospel values,” he said.