Still the Church of the Workingman 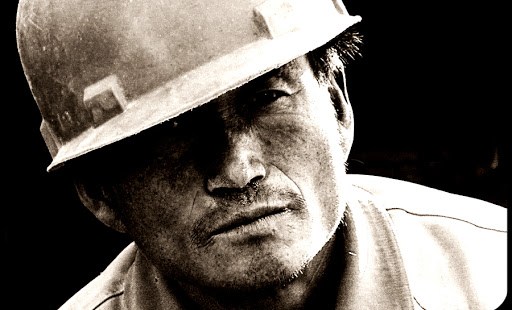 The bishops have once again reaffirmed the Church’s teaching on the dignity of work.

But in recent decades the strong bond between the Church and the labor movement has waned. This estrangement has taken place for many reasons. Perhaps most notable is the fact that the Democratic Party, long the political home of working class Catholics, has in recent decades enthusiastically embraced so-called “abortion rights,” often with the acquiescence of the labor movement.  This, in turn, led many Catholics to embrace the Republican Party, with its antipathy toward labor and preferential option for business.

Another important element in the deterioration of Church-labor relations has been the decline of unions themselves. Union membership in the United States reached its peak in 1955, when around 35% of all American workers belonged to a union. Today, only 12% of American workers are unionized, and among private sector workers that figure is seven percent. The average union member today is more likely to be a teacher, fireman or some other professional public employee than a trucker, pipefitter, line assembly worker or stevedore.

Finally, the demographic make-up of the Catholic Church has changed, as well. Once largely made up of immigrants – at least in and around major cities—the American Church today is overwhelmingly native born and hyphenated (as in Italian-American, rather than Italian). Once bursting at the seams with the working classes, today the Church is solidly middle class and suburban.

Which is not to say that there aren’t labor problems today, or that those problems don’t carry important implications for the Catholic Church in America. Numerous recent studies have shown that the working and less educated classes, which account for tens of millions of Americans, are abandoning the Church altogether. These are the folks who work at Wal-Mart and McDonald’s, or as certified nursing assistants and landscapers. They are often as exploited and underpaid as industrial workers were in 1925, but they aren’t crowding our pews and communion lines. If they were, perhaps the Church would be more vigorously coming to their aid when they strike for higher wages or fight for the right to organize.

Then there are today’s new immigrants, especially those of Hispanic origin, of whom 19 million are here legally and an estimated 11 million are undocumented. Like European immigrants before them, Hispanic-Americans are largely working class. Their median household income is $39,000, compared to $57,000 for whites and $51,000 overall.

But Hispanic identification with the Catholic Church is in free fall, tumbling from 67% just four years ago to 55% today. Fully one in four Hispanics in America is a former Catholic, and new arrivals show a particular susceptibility to the charms of Protestant sects that take an active interest in their lives, including their labor conditions. It is conceivable, even likely, that in the near future Hispanic Catholics will be a minority in their own community.

Perhaps the Church could staunch this flow by reviving the strategy it developed following the great waves of European immigration a century ago: find and field a dedicated cadre of labor priests, well-versed in Catholic Social Teaching, to stand with the new immigrants in their struggle for dignity and justice.

Mark Gordonis a partner at PathTree, a consulting firm focused on organizational resilience and strategy. He also serves as president of both the Society of St. Vincent de Paul, Diocese of Providence, and a local homeless shelter and soup kitchen. Mark is the author of Forty Days, Forty Graces: Essays By a Grateful Pilgrim. He and his wife Camila have been married for 30 years and they have two adult children.