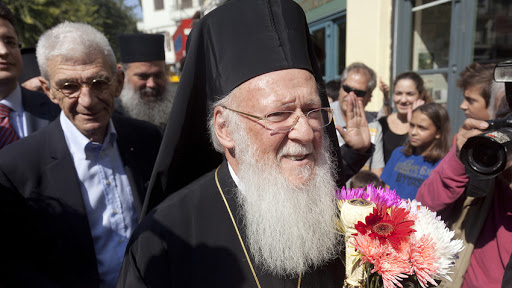 Seeking a solution to the “ongoing destruction of the natural environment.”

In a letter to the Orthodox world marking the Ecclesiastical New Year, the Patriarch of Constantinople, Bartholomew I, has announced an Environmental Summit next June on the theme of “Theology, Ecology, and the Word: a conversation on environment, literature and the arts.”

He says the aim of this conference is to “awaken the global conscience to the particular and specific importance of the ethical and spiritual dimension of the ecological crisis – with special reference to the arts and literature—in order that it may be returned to its “original beauty,” which is the natural, holy and sacred purpose for which it was fashioned by the creative hands of the divine Word.”

Below the full text of the letter by His Beatitude, Bartholomew I:

The common Mother of all Orthodox, the Church of Christ, the Body of our eternal Lord and divine-human Jesus Christ, compassionately ministers through all of its activities but especially through the Divine Eucharist, by offering its holy gifts to their Creator in the mystery of salvation. It does this with proven boundless and indiscriminate love toward all of its members to the degree also demonstrated by our heavenly Father.

In its prayerful memory, the Church always bears in mind the presence of its children, maintaining a vivid interest and concern for all that relates to and influences their lives. This is why it does not remain unmoved or indifferent by the ongoing and daily destruction of the natural environment resulting from human greed and vain profit, which in turn implies an essential turning of the Lord’s face and results in consequential turbulence in nature and fracture in its crown, namely human existence, whose very survival is threatened.

The Ecumenical Patriarchate and we have for many years assessed the signs of our times as well as the Eucharistic obligation of the Orthodox Church. Thus we declared and devoted the commencement of the ecclesiastical year, namely September 1st, as a day of prayer and supplication for the preservation of God’s creation, which has been inherited by us as our environment. On this day, we bow our heart and soul, invoking God’s Word to look down upon His creation with loving kindness that He might overlook our sinfulness and greed, “opening up His hand to fill all of creation with goodness” and bring an end to the destructive path of the world.

Of course, it is true that significant progress has been achieved in the last decades with regard to protecting the environment, especially through constantly raising awareness of public conscience, assuming precautionary and restrictive measures, creating sustainable programs, returning to more moderate energy sources, as well as many other fruitful and noteworthy activities. The effort and concern of the Mother Church of Constantinople has greatly contributed to this progress in cooperation with international ecological institutions and organizations. Nonetheless, all this is insufficient.

As we celebrate once again this year the Feast of the Byzantine Indiction, and as we inaugurate a new year of the Lord’s grace, we address the blessed plenitude of the Orthodox Church and the entire world, inviting all people to continued vigilance, consciousness and mobilization of their resources in order to return to the state that reflects—if not the absolute Eucharistic and doxological condition of Adam and Eve—at least the condition inspired by God’s grace and mercy.

The unlimited and insatiable exploitation of the natural resources of creation, which constitutes the primary cause of the destruction of the natural environment, is—according to the witness of theology, science and the arts—the result of man’s fall, that is to say, our disobedience to the Lord’s command and non-conformation to God’s will.