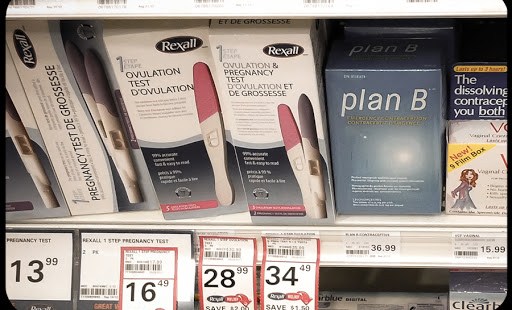 Numerous studies are showing that Plan B often fails to stop ovulation when given in the fertile phase when pregnancy is likely to occur.

Before answering that question (and there IS an answer to it) a couple of points need to be addressed that explain why there’s so much confusion about Plan B’s mechanisms of action (MOAs).

What Science Tells Us about the Fertility Cycle: News You Can Use

The fertility cycle is an enormously complex series of interactions among a number of hormones that stimulate and downregulate the production of other hormones at precisely synchronized times. The interplay of hormones is essential (a) to the maturation and release of an ovum, (b) to an environment conducive to allowing sperm to ascend, survive and become capable of fertilizing the ovum, and (c) for the newly conceived embryo to successfully implant in a “hospitable” uterine lining that is capable of supporting embryonic growth and development.

Some facts are well-established, for example, that the likelihood of pregnancy outside the fertile phase is practically nil. The only reason that women are told to take Plan B whenever they’ve had a condom failure or unprotected sex is that most women are ignorant of their fertility cycle and when their fertile phase occurs.

The fertile phase consists of the day of ovulation (when the mature ovum is released) and the five days preceding ovulation. Natural family planning methods allow women to chart their cycle and identify their fertile phase through changes in cervical mucus. A rise in basal body temperature also signals that ovulation has occurred, but unlike changes in mucus, it is not predictive of when ovulation will occur. Devices like the Clearblue Monitor, which track shifting hormone levels, can be used to precisely identify the fertile period.

After ovulation, an ovum is able to be fertilized for only 12 hours before it “dies.” Sperm, however, can remain alive in cervical crypts, and remain capable of fertilizing an ovum, for up to five days preceding ovulation because at this stage the microenvironment of the cervix supports their viability.

We know that after ovulation, the dominant follicle from which the ovum emerged is transformed into a corpus luteum which produces a high level of progesterone to support the endometrium in becoming “hospitable” for implantation in the event an embryo is conceived.

Scientists have been able to identify and measure the rise and fall of various hormones throughout the fertility cycle and to measure the size of ovarian follicles with transvaginal ultrasound (TVUS) to determine precisely how close a woman is to ovulation and to determine whether or not ovulation has occurred by seeing the ruptured follicle.

We know that a large dose of the “wrong” hormone given in the days prior ovulation can delay, blunt or block ovulation. This is one way hormonal contraceptives are designed to work.

Other contraceptives, such as progestin-only mini-pills, are primarily intended to thicken cervical mucus so that sperm have a difficult, if not impossible, time reaching and fertilizing the ovum. If ovulation and fertilization occur, however, the thickened mucus can delay the embryo’s journey down through the fallopian tube to the uterus. This can cause embryonic death due to a tubal (or ectopic) pregnancy (also potentially fatal to the mother) or due to the embryo’s failure to reach the uterus during the optimal “window” for implantation.

Another common MOA of hormonal contraceptives is to create an environment in the uterus or in its lining that is either toxic to sperm and embryos or that can disrupt the implantation process. It is not simply a question of the appearance of the endometrium as “thin” and “atrophic” that impedes implantation. Scientists have discovered numerous essential “implantation factors” which guide and control attachment and implantation through chemical “cell signaling” between the embryo and the cells in the uterine lining. Some of these implantation factors are interleukin-1 ß platelet-activating factor (PAT), insulin growth factor (IGF), leukemia inhibition factor (LIF) and tumor necrosis factor (TNF). Successful implantation also depends on integrins—cell-adhesion molecules present in “mirror” fashion on the embryo and the uterine lining. Much more can be said about glycodelin-A and other critical proteins as well, but I think the point has been made.