The Real St. Patrick—Not the Caricature We All Know 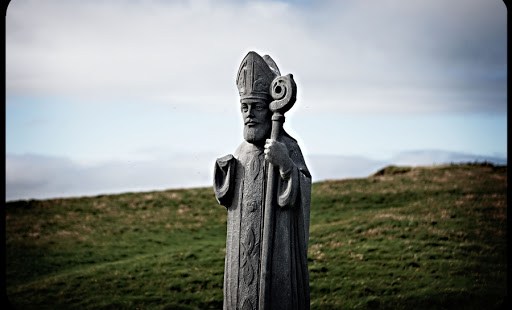 The Mask and the Mirror CC
Shamrock - The shamrock is said to have been used to illustrate the Christian doctrine of the Holy Trinity by St. Patrick in the 5th century. The small clover plant creates a short,but expansive bed and the stems produce three leaves, which signify the Holy Trinity.
Share
Print
Beverly De Soto - published on 09/02/14

A story of demons and Druids, slaves and saints.

“Is it of my own doing that I have holy mercy on the people who once took me captive and made away with the servants and maids of my father’s house? I was freeborn according to the flesh. I am the son of a decurion. But I sold my noble rank I am neither ashamed nor sorry to say, for the good of others. Thus I am a servant in Christ to a foreign nation for the unspeakable glory of life everlasting God.”

It’s a tale straight from the Dark Ages, of demons and Druids, slavers and Saints. But if Ireland has any claim to be the "Island of Saints & Scholars," it is undoubtedly due to the work of a late Roman Briton.

But who was the real St. Patrick, and how did he become the unlikely Apostle of Ireland? We actually have two documents from Patrick’s own hand, his ‘Confessio’ and his ‘Letter to Coroticus,’ from which we can glean his story.

Son of a Roman Officer

Patrick was born in the west of England in 385 to Calphurnius, a Roman cavalry officer in command of a squadron. His mother, Conchessa, was a close relative of St. Martin of Tours. Interestingly, Patrick was raised with neither a strong Faith nor a serious education. (Patrick says in his Confessio, “I blush and fear exceedingly to reveal my lack of education.”)

At age 16, Patrick was captured by Irish slavers. They brought him to Dalriada and set him to work as a shepherd; his master, Milchu, was a high priest of Druidism.

During his six years of bitter captivity, he prayed constantly (see "St Patrick’s Breastplate"). In a vision, he saw the children of pagan Ireland reaching out their hands to him. In a dream, a voice emboldened him to escape home to England.

Patrick stowed away on a ship and after three days of sailing, he and the crew were abandoned on the coast of France. They wandered through the French countryside for 28 days. Finally, he was reunited with his family in England, where he announced his intention to study for the priesthood. He entered under the guidance of the intellectual St. Germanus of Auxerre, determined to convert Ireland to Christianity.

In 431, Pope St. Celestine I consecrated Patrick Bishop of the Irish, and sent him to Ireland to spread the Gospel. He was initially met with hostile resistance, which he famously overcame by his defiant lighting of a dramatic Easter fire on the Hill of Slane.

A "Fire That Would Blaze Forever" in Ireland

On 26 March, Easter Sunday, in 433 the High King and his Irish chieftains were to meet at Tara, and the decree went forth that from the preceding day the fires throughout the kingdom should be extinguished until the blaze was kindled at the royal castle there. A huge crowd had assembled there, as the Druids reported that their oracles had announced that the messenger of Christ had come to Erin.

St. Patrick arrived at the hill of Slane, at the opposite extremity of the valley from Tara. He was fresh from his forty days of fasting and prayer on the summit of Lough Padraic, an imposing mountain in the West. (Editor’s Note: Regina’s staff learned on our recent visit to Lough Padraic that archaeological excavations have revealed a hermit’s cave dated to these years on the mountaintop.)

It was Easter Eve, and Patrick kindled the Paschal fire on the summit of Slane. The Druids at once reported this to the High King and predicted that “this fire, which has been lit in defiance of royal edict, will blaze forever in this land unless it be this very night extinguished.”

Repeated attempts to extinguish the blessed fire and to kill St Patrick came to naught, however. On Easter morning, St Patrick—who was arrayed in full episcopal attire, with mitre and crozier