When the Coach Stands Tall: A Personal Remembrance of Bob Ladouceur 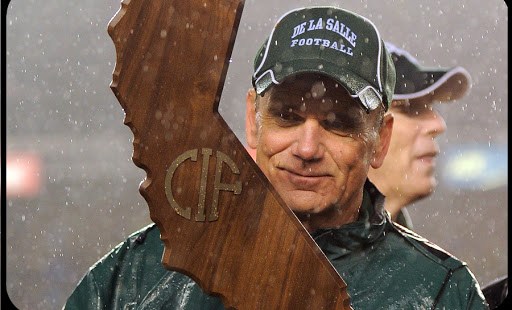 It was not his thing to take ethical shortcuts. Transforming the lives of young men was.

In the spring of 1988, I took a religion class from Bob Ladouceur, the coach-hero of the new high-school football film “When the Game Stands Tall.” It was my junior year at De La Salle. This was long before “The Streak,” the 151 straight games that the team at our all-boys Christian Brothers school won from 1992 to 2004. So I wasn’t thinking about national acclaim and glory when I went to class. I was thinking about our star football player, whose exploits were notorious already in our upper-middle-class suburb of Walnut Creek, in the San Francisco Bay Area. Would he be permitted to play in the fall for his senior year?

Being young and naïve, I didn’t think he would. The team had a strict policy of no drinking during the season. This rule may sound ridiculous, but the star player was a party animal, perhaps even an alcoholic. (For the purposes of this story, I will call him Grappolo). The rumor was Grappolo bought so much booze from one liquor store in Concord the manager named him the “Buyer of the Month.” He was 16 or 17 years old. I can confirm Grappolo liked to throw alcohol-filled parties when his parents went away; I went to one party where the beer kegs were placed on a patio next to a swimming pool. Grappolo was not always a happy drunk either. He did not mind nearly coming to blows with a husky, muscular kid one day in class; he had a reputation as far back as middle school that he enjoyed using his fists to beat up kids. (Contrary to the notion that decadence begets effeteness, Grappolo was both a roué and a brawler). What would “Lad,” the name everybody used to refer to the coach, do to keep Grappolo in check? Would he kick him off the team?

Grappolo ended up playing his senior year, in the fall of 1988. He was the star of the defense for a team that went undefeated and won another sectional title. In fact, a major Bay Area newspaper named Grappolo the Northern California High-School Prep Football Player of the Year over two players who went on to play in the NFL. I never found out if Ladouceur looked the other way about Grappolo’s drinking or convinced him to stop hitting the bottle for the good of himself and the team; a belated attempt to contact this player indirectly yielded no response.

Is it conceivable Ladouceur let his star player’s drinking slide in the interest of winning another championship? Ladouceur has said his job as a high-school football coach was not that of saving souls, and the movie reflects the toll his commitment to his job had on his family life. But taking conscious ethical shortcuts was not Ladouceur’s thing. Transforming the lives of young men was.

How Ladouceur worked the miracle in Grappolo’s case is difficult to say. Some sports observers argued that De La Salle cheated by using a summer camp to lure talented kids from heavily black areas like Richmond and Pittsburg, Calif., to enroll in the school. But De La Salle is the only Catholic high school in the East Bay which makes it easier to draw kids from outside areas, and anyway, the number of players on the team from heavily-minority communities has not been more than a handful.

Here is my guess as to the reason for Ladouceur’s success with Grappolo: Ladouceur did what he always did—he acted like an American Catholic version of the successful CEOs portrayed in the best-selling book “Good to Great.” Remember that 2001 book? According to author Jim Collins, the CEOs of top-performing companies like Wells Fargo and Walgreens were not charismatic visionaries or empathetic team builders. They were methodical and dogged executives. They were persistent, detail-oriented, thoughtful, thorough, and analytical. I think those qualities describe Ladouceur except for one thing: He marshaled faith rather than the lure of wealth or the threat of being fired to build solidarity among those he led.