Sexuality and the Engaged Couple 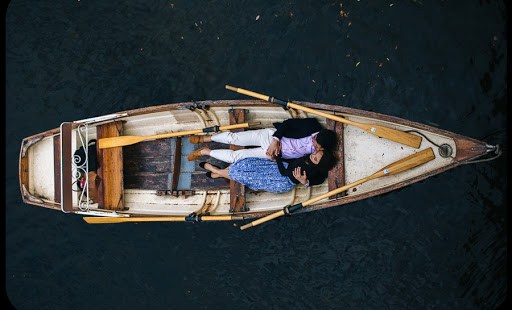 How far should an engaged couple go in physically expressing their affection?

"I would like a clarification on the definition of premarital relations. My fiancée and I are seeking to be chaste in our relationship because we don’t feel quite ready for full intimacy, so we limit ourselves to kisses and caresses. But I would like to know how far we can push our expressions of affection, before they’d be considered premarital relations. … I’m a little confused. …"

The reader’s question is a tricky one and quite relevant today. If an engaged couple has decided not to have sexual intercourse before they are married, but still wants to show their deep affection for each other, they might wonder what degree of physical intimacy is considered morally acceptable as they prepare for marriage.

In the past, moralists responded by reiterating that the parts of the body should be categorized as the proper, less proper, and improper parts, and norms of behavior for engaged couples were also derived from this topography of the illicit.

I think the question should be addressed in a different way and should begin with the idea that human love is naturally expressed in the language of the body and, therefore, that a gradual growth in mutual knowledge and commitment, with a view to marriage, is rightly accompanied by a gradual growth in intimacy.

The engaged couple’s love, although it is not yet conjugal love, is by its nature intended to flourish in conjugal love. The discovery and progressive gift of their bodies is part of the communication between two people who are moving toward an ever deeper and more serious understanding of their relationship.

The gaze that contemplates the beloved, a kiss, a caress are the many manifestations of tenderness and personal closeness that little by little prepare the couple for marital sexuality, while reserving full and definitive physical intimacy for the moment when their love has reached sufficient maturity and the vital phase of engagement has been fulfilled in marriage.

Setting clear limits that are applicable once and for all can be difficult, and they may not correspond to the specific and actual situation of an engagement which is always, by definition, a dynamic condition. In expressing their natural affection and desire for one another, the couple must keep in mind their plan [to marry] and the sensibilities and reactions of the two partners, in a climate of mutual respect, sincerity and dialogue.

Engaged couples are called to be responsible, wise and honest with themselves, avoiding behavior that can slide, even without willing it, into a complete relationship or take on a form, even masked, of genital contact capable of inducing orgasm.

In this regard, the document issued by the Congregation for Catholic Education, “Educational Guidance in Human Love,” speaks negatively about “certain manifestations of a sexual kind which of themselves tend to complete encounter, though without reaching its realization.” It alludes to closeness and stimulation between engaged couples who are intentionally seeking sexual arousal and orgasm, while avoiding real sexual union.

According to Catholic morality, the genital expression of interpersonal communion, to be fully authentic and meaningful, must be rooted in the context of marital love.

This article appeared originally in Italian on Toscana Oggi and has been translated and reprinted with permission. All rights reserved.