Does the Quran Justify Beheadings? 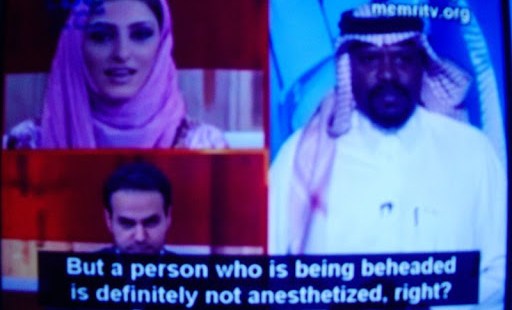 Father Longenecker responds to his critics

The famed expert in Islam, Robert Spencer, has taken me and Aleteia to task in this column asking for an apology for an “extraordinarily misleading article.” I’m afraid I cannot offer Mr. Spencer an apology, but I can offer an apologia: that is a defense and an explanation.

I suspect he and many readers believe me to be too soft on Islam. They only need to connect to my blog here and read my recent posts on ISIS and the Islamic sex abuse scandals in Britain to see that I am not soft on the horrors of Islamic violence. Those who have a taste for denunciations and imprecations against Islam will be satisfied if they read those posts.

The question remains, however, whether the Quran commands beheadings. There is no question that Saudi Arabia uses beheading as a means of capital punishment. Neither can it be denied, as Mr. Spencer and others have pointed out, that the prophet Muhammad himself beheaded hundreds. I acknowledged this fact in a recent blog post. Mr. Spencer points out, “There are just two problems with this: the Quran and Islamic law. Fr. Longenecker does not mention, and probably doesn’t know, what is actually the primary Quran verse that Islamic jihadists and supremacists use to justify beheading: “When you meet the unbelievers, strike the necks…” — Quran 47:4.

However, this is precisely what I did acknowledge, that the Islamic jihadists use the Quran to justify their barbarism. So my article states, “The prophet in Quran 8:12 did mean for his soldiers to use the sword literally and without mercy, and the Islamic warriors of ISIS behead those they consider infidels out of direct obedience to Quran 8:12…obedience to the Quran is the reason given by the terrorists, and the terror instilled in others by beheading.”

I therefore agree with Mr. Spencer that both the Quran and Islamic law commend beheading. I also agree that those who favor beheading use their sacred texts to justify their cruel and barbaric acts. The minor difference between us (indeed it is the difference of only one letter) is that while I think the Quran commends beheading I do not think it commands beheading— and “commands,” after all, was the word used in my title.

Does the Quran, the biography of Mohammed and Sharia law condone beheading? Does it justify this abominably cruel practice? I fear so, and I think this is why the jihadists and other Islamic extremists behead people. This article explains my views on this matter further. Do I think the Quran commands people to behead infidels, however? Is it a watertight divine command that all Muslims must cut off a head if they are to be good Muslims?

I will go back to my original argument. I Samuel 15:3 could be interpreted by a Christian madman as a divine mandate for genocide. Likewise Psalm 137:9, “Happy is the one who seizes your infants and dashes them against the rocks,” might be interpreted by a crazed Christian to justify wanton infanticide. Indeed, wild fanatics might even carry out genocide and infanticide using those verses. They would be wrong. Very wrong, and the majority of Christians of all traditions would protest their actions.

While we can admit that extremist jihadis use verses from the Quran to justify their insane barbarism, we should also listen to the majority of moderate Muslims who abhor such violence in the name of their religion just as we would support the majority of sane Christians who would repudiate any notion that a few verses in the Old Testament justify genocide and infanticide.

If I am correct that the majority of Muslims abhor such actions, then they must be the ones who join in an alliance with all people of good sense, sane religion and humane values, to hunt down and destroy the wolves of ISIS.

However, if I am wrong, and each of the world’s 1.6 billion Muslims are at this moment eyeing our necks and sharpening their knives, then I will be the first to offer not only an apologia but an apology.

Fr Dwight Longenecker is parish priest of Our Lady of the Rosary, Greenville, South Carolina. Visit his blog, browse his books and be in touch at dwightlongenecker.com