The Culture That is at the Mercy of the Islamic State 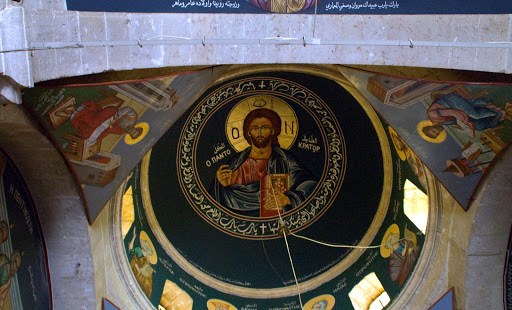 The human toll, of course, is the most important concern: the killing of innocent people, the rape and enslavement of women, the brutal uprooting of a population whose ancestors have lived there for untold generations.

But the story of civilization that is recorded in everything from stone tablets and sculptures of winged lions to ancient monasteries and languages is also very much at risk as the Islamic State tries to establish a caliphate in Syria and Iraq.

Already, the world has witnessed the blowing up of the Tomb of Jonah, a mosque where it was thought the prophet who had preached to the Ninevites and had spent time in the belly of a great fish was buried. Now, it’s thought, priceless archaeological artifacts may be sold off, further bankrolling an already well-off jihad.

An Amnesty International report this week detailed what it calls ethnic cleansing in Iraq. Besides killing Christians, Yazidis and other religious minorities, the Islamic State is forcing those minorities to leave their homelands and apparently trying to make sure there is no trace of them.

“As part of its ethnic cleansing policy, the IS has also reinforced its message to ethnic and religious minorities that there is no place for them in Iraq by systematically destroying their places of worship and cultural heritage,” the report said. “Since taking control of Mosul on 10 June, the IS have systematically destroyed and damaged places of worship of non-Sunni Muslim communities. Among the first targets were Shi’a mosques blown up in Mosul and Tal ‘Afar in June; the same month, the Christian Tahira (Immaculate) Church in Mosul had a statue of the Virgin Mary removed from its roof. In July, the tomb of the Prophet Jonah in Mosul was demolished and, in August, the Shi’a Imam Redha Maqam (a Shi’a shrine) near Bartalla, the Yezidi Three Sisters Temples in Bashiqa and Sheikh Mand Temple in Sinjar, and the Kakai Mazar Yad Gar and Sayed Hayyas Temples in al-Hamdaniya were all destroyed.”

“In Syria, thousands of Christians have been displaced during its three-year conflict,” said an AP story Friday. “Christian towns and villages have come under attack by jihadists, most recently the historic central town of Mahradeh. Islamic fighters in Syria rampaged through the ancient Christian town of Maaloula near Damascus earlier this year, destroying historic churches and icons.”

Chaldean Patriarch Louis Raphael I Sako wrote Thursday that the world’s silence on the situation “encourages ISIS…to move forward with its ferocious war against culture and diversity and threatening the intellectual and social security.”

The Patriarch has been sounding the alarm at least since June, when ISIS forces swept across the border with Syria and took over Mosul, Iraq’s second largest city, and began forcing Christians to convert or leave, or worse. The ongoing exodus of Christians from the Middle East, which was already well underway, “could wipe out its rich cultural heritage which has survived for centuries in this land,” he opined. “What will happen to very ancient churches and monasteries like the Church of Koche on the outskirts of Baghdad, Tahira, Mar Isaiyia, Miskenta, St Thomas, Marhudeini, the Monastery of St. Michael in Mosul and Kirkuk’s Red Church (all dating back to between the 5th and the 7th centuries AD)? What will happen to ancient manuscripts and a language—Aramaic—unknown to the rest of the world, if those who have always guaranteed its life and conservation disappear?”

He also feared “potential destruction if their integrity is compromised by military operations."

Even deeper than the Christian heritage in Iraq and Syria, as every schoolboy and girl has learned, the land in question is generally known as the cradle of civilization. Mesopotamia, the land between two rivers, the Fertile Crescent, is an area that’s littered with archeological sites.