Lives Not Worth Living: The Nazi Eugenic Dream In Our Own Time 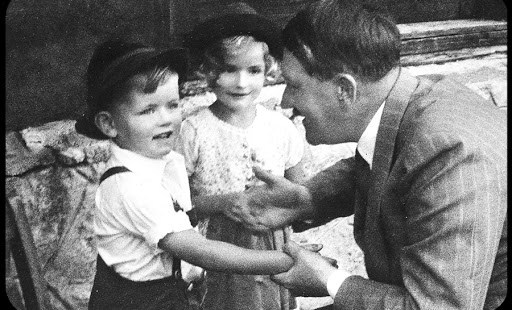 History shows us what happens when some lives are deemed more valuable than others.

What do the Aktion T4 sterilization and euthanasia program and new genetic techniques of prenatal diagnosis or “designer babies” have in common?

Today’s news reminds us of our society’s obsession with “normality,” or more accurately, with “perfection.” We hear of advances in widespread prenatal diagnostics, for the purpose of avoiding at all costs the birth of a child with any kind of disability; and genetic selection or “designer babies,” a trend that could end up creating two classes of citizens—those who can afford that kind of selection, and those who can’t.

While taking into account the differences between epochs and the techniques used, both advances are worryingly similar to the Nazi sterilization and euthanasia program Aktion T4, whose main objective was to improve the race.

Is it reasonable to think that these new advances in the field of genetics have similar objectives to those the Nazis sought? Are we facing the possibility of the Nazi dream coming true in our own time?

Aktion T4: "Life not worth living”

Not much has been said about the Nazi eugenics program Aktion T4, maybe because it was a bone-chilling system of selection to determine who had the right to live and who didn’t, among the most vulnerable citizens.

Where did the name of these plans come from? From the general headquarters of the organization that carried them out, situated in Berlin, on Tiergartenstrasse 4 (4 Zoo Street).

Doctors were the ones primarily responsible for applying the plan in order to eliminate people labeled as incurably ill, children with hereditary defects, criminals, the mentally ill, the physically disabled, pedophiles, homosexuals, and adults or elderly people considered “unproductive.”

Aktion T4 was implemented through two channels: euthanasia, practiced on people who fit into those categories, and sterilization en masse, so that there would be no new children with what the doctors considered disabilities that would make people unhappy. And we are speaking here of German patients.

Doctors considered that each of those persons was a “life not worth living” (Lebensunwertes Leben), and presented them as such. It is calculated that between 200,000 and 275,000 people were systematically murdered out of “compassion,” while massive sterilization programs reached more than 400,000 people—always, in every case, against the patient’s will and without consent.

But, when we speak of Aktion T4, we are not speaking exclusively about the period in which the Nazis launched their “final solution” during the war. We are dealing with a project whose roots predate that time.

It comes from the doctrine of international eugenics promoted by organizations in favor of sterilization en masse, applied to people determined to be suffering from hereditary illnesses. Such programs were established in countries such as the United States, Australia, the United Kingdom, Sweden, Norway, France, Finland, Denmark, Estonia, Iceland, and Switzerland.

In fact, impeccable democracies committed eugenic barbarities in the name of science during the first half of the 20th century. As early as 1931, Pope Pius XI condemned the sterilizations and eugenic laws of countries such as Denmark, Sweden, and Norway.

Forward to our own time

At this point, we must ask ourselves, “What are the connections between this plan of extermination and present-day advances in genetics?”

Here, we are referring specifically to prenatal diagnosis, a technology used more and more often to avoid the birth of children with genetic disorders. When the least sign of a problem appears, the pregnancy often ends in abortion.