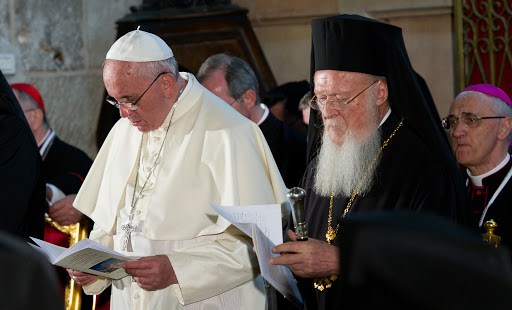 The Catholic Herald is reporting that Pope Francis will visit Turkey “in the last days of November.”

The possibility of a papal voyage to Turkey had been reported the other day, but there was one thing missing: a formal invitation from the president of Turkey, Recep Tayyip Erdogan.

That, according to papal spokesman Father Federico Lombardi, arrived at the Vatican earlier today. Ecumenical Patriarch Bartholomew I, considered first among equals among Orthodox patriarchs, had already invited the Bishop of Rome to visit on November 30, feast of St Andrew, patron saint of Constantinople.

The Vatican said the length of the trip and his agenda have yet to be determined. Pope Francis will be the third Pope to visit Turkey, after St. John Paul II in 1979 and Pope Benedict XVI in 2006.