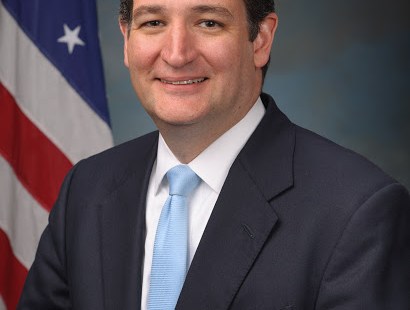 Did Christians hound Ted Cruz off the stage? Not exactly. Here’s what he said.

Two days after he left the stage at a hotel in Washington, Sen. Ted Cruz’s appearance at a major conference for persecuted Christians in the Middle East was the talk of the conservative blogosphere (
here
and
here
and
here
).

What happened? Toufic Baaklini, president of In Defense of Christians, accused the Texas Republican of grandstanding:

… Senator Cruz chose to stand against the small and vocal minority of attendees who disagree with his views on Israel rather than standing with the vast majority of those who attended the gala and support both Israel and the Middle East’s Christians.

Yesterday, 17 Republican and Democratic Senators and Representatives addressed this same audience, referring to peace and unity with Muslims and Jews—themes expressed throughout the conference with the resounding support of those present.

“Senator Cruz was not ‘booed off stage’ last night,” Baaklini said. “He was asked to focus on the persecution of Christians in the Middle East under the theme of Religious Freedom and Human Dignity. Some participants inappropriately shouted, ‘Talk about the Christians!’ when Cruz refused to do so. Sadly, there was a small but vocal anti-Israel element in the room. Those individuals do not represent the views of IDC. In fact, there were many more people shouting down the hecklers than there were hecklers.

Sen. Cruz disagreed. In a press release, the senator said he stood up on principal for the Jewish people in Israel and elsewhere:

When I spoke in strong support of Israel and the Jewish people, who are being persecuted and murdered by the same vicious terrorists who are also slaughtering Christians, many Christians in the audience applauded.  But, sadly, a vocal and angry minority of attendees at the conference tried to shout down my expression of solidarity with Israel.

These statements were met with angry boos. I went on to tell the crowd that Christians in the Middle East have no better friend than Israel. That Christians can practice their faith free of persecution in Israel.  And that ISIS, al Qaeda, Hamas, and Hezbollah, along with their state sponsors in Syria and Iran, are all part of the same cancer, murdering Christians and Jews.