A Tale of Two Churches 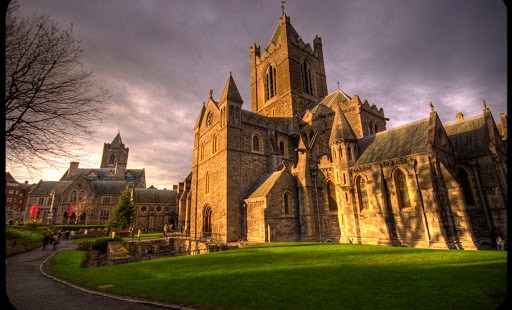 What happens when the State establishes itself as a rival religion through administrative coercion?

Once upon a time there was a church founded on God’s entering into human history in order to give humanity a path to eternal life and happiness with him. The Savior that God sent, his only-begotten Son, did not write a book but founded a community, a church, upon the witness and ministry of twelve apostles. He sent this church the gift of the Holy Spirit, the spirit of love between Father and Son, the Spirit of the truth that God had revealed about himself and humanity by breaking into the history of human sinfulness.

This church, a hierarchical communion, continued through history, living among different peoples and cultures, filled with sinners, but always guided in the essentials of her life and teaching by the Holy Spirit. She called herself “Catholic” because her purpose was to preach a universal faith and a universal morality, encompassing all peoples and cultures.
This claim often invited conflict with the ruling classes of many countries. About 1,800 years into her often stormy history, this church found herself as a very small group in a new country in Eastern North America that promised to respect all religions because the State would not be confessional; it would not try to play the role of a religion.

This church knew that it was far from socially acceptable in this new country. One of the reasons the country was established was to protest the king of England’s permitting the public celebration of the Catholic Mass on the soil of the British Empire in the newly conquered Catholic territories of Canada. He had betrayed his coronation oath to combat Catholicism, defined as “America’s greatest enemy,” and protect Protestantism, bringing the pure religion of the colonists into danger and giving them the moral right to revolt and reject his rule.

Nonetheless, many Catholics in the American colonies thought their life might be better in the new country than under a regime whose ruling class had penalized and persecuted them since the mid-16th century. They made this new country their own and served her loyally. The social history was often contentious, but the State basically kept its promise to protect all religions and not become a rival to them, a fake church. Until recent years.

There was always a quasi-religious element in the public creed of the country. It lived off the myth of human progress, which had little place for dependence on divine providence. It tended to exploit the religiosity of the ordinary people by using religious language to co-opt them into the purposes of the ruling class. Forms of anti-Catholicism were part of its social DNA. It had encouraged its citizens to think of themselves as the creators of world history and the managers of nature, so that no source of truth outside of themselves needed to be consulted to check their collective purposes and desires. But it had never explicitly taken upon itself the mantle of a religion and officially told its citizens what they must personally think or what “values” they must personalize in order to deserve to be part of the country. Until recent years.

In recent years, society has brought social and legislative approval to all types of sexual relationships that used to be considered “sinful.” Since the biblical vision of what it means to be human tells us that not every friendship or love can be expressed in sexual relations, the church’s teaching on these issues is now evidence of intolerance for what the civil law upholds and even imposes. What was once a request to live and let live has now become a demand for approval. The “ruling class,” those who shape public opinion in politics, in education, in communications, in entertainment, is using the civil law to impose its own form of morality on everyone. We are told that, even in marriage itself, there is no difference between men and women, although nature and our very bodies clearly evidence that men and women are not interchangeable at will in forming a family. Nevertheless, those who do not conform to the official religion, we are warned, place their citizenship in danger.