The Belgian justice system grants a convict's request to die.

Frank Van Den Bleeken, 52, held for almost 30 years in the psychiatric ward of a prison located near Antwerp for various sex crimes including rape and murder of a 19-year-old student, has been asking for the last three years to be killed, citing "unbearable psychological anguish" in the words of the Belgian euthanasia law.

Upon review, the Belgian justice system consented to his request. He will be transferred to a hospital for 48 hours "to bid farewell to his family" before being euthanized by a doctor. 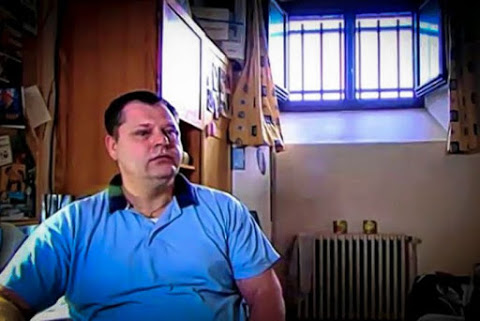 So a prisoner who says he is "a danger to society" can be executed under the law that allows euthanasia in Belgium. Even if he volunteers for this—prompting the question of whether, in fact, ​​a mental patient possesses the necessary judgment required by the law itself—it is nonetheless the death penalty, which the quiet and peaceful country of Belgium has reinstated in the wake of the legalization of euthanasia. That is what Jacqueline Herremans, president of the Belgian Association for the Right to Die with Dignity, calls the "solution of lesser evil."

Belgium opened a Pandora’s box in 2002 by allowing euthanasia. Five cases of euthanasia are reported per day, and the escalation continues. Last February, Belgium became the first country in the world where children can be euthanized, yet this is still not enough for the "right to die" activists. The Belgian Society of Intensive Care demands "unsolicited" euthanasia to be allowed (a logical step, since it is already applied for children). And it is no longer about stopping a suffering that is deemed unbearable. As stated in a document published by the organization in May, "Shortening the process of dying by the use of drugs such as analgesics / sedatives may sometimes be appropriate even in the absence of discomfort."

Meanwhile, Frank Van Den Bleeken is being emulated by 15 other inmates who have asked to be euthanized. In each case, three doctors must assess whether these people are victims of unbearable and inappeasable psychological or physical suffering. The number of such requests is expected to increase.

This is happening right in the heart of Europe, in the twenty-first century. We have seen similar things happen in a neighboring country, seventy years earlier.