Cardinal Martino: Synod Will Uphold Teaching on Marriage and Family 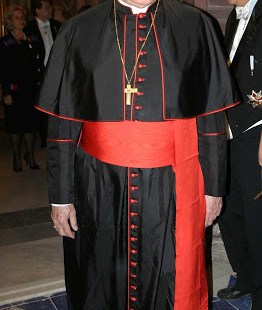 “The Church will not be able to change what it has always proclaimed,” says former head of UN mission.

A Vatican cardinal who fought some difficult battles for life and family at international UN conferences spoke with confidence that the Church will continue to uphold its perennial teaching on marriage and the family.

Since the Vatican announced that the Synod of Bishops will examine issues related to the family in two major gatherings, in 2014 and 2015, there’s been growing speculation that the bishops–and ultimately the Pope–will change certain rules, in particular, allowing divorced Catholics who have remarried without first getting an annulment to receive Communion.

But Cardinal Renato Martino, who as nuncio of the Holy See to the United Nations during the 1990s led the Vatican fight against  efforts to legalize abortion and implement population control around the world, said in an interview that the Vatican’s two-week meeting to discuss problems facing the family, which opens Oct. 5, will make the Church’s traditional teaching on the family clear. Although the discussion at the synod’s gathering will include viewpoints “that do not correspond with the doctrine of the Church,” he predicted, the Synod of Bishops will “reaffirm what the Church has always said about the family.”

“The Church will not be able to change what it has always proclaimed,” Cardinal Martino said.

The interview was conducted by La Nuova Bussola Quotidiana, an Italian Catholic news site and published in an English translation by the Dignitatis Humanae Institute, a think-tank founded in 2008 whose goal is to protect and promote human dignity based on the anthropological truth that man is born in the image and likeness of God, of which Cardinal Martino is honorary president. Most of the discussion focused on the cardinal’s experience as permanent observer of the Holy See at the United Nations from 1986 to 2002.

The Italian prelate went into detail about some of the behind-the-scenes work he and his staff did during several international conferences in the 1990s, including the the International Conference on Population and Development in Cairo and the International Conference on Women in Beijing; the Holy See’s collaboration with some African and Latin American nations in fighting the “contraceptive imperialism” which would target them; some up-close-and personal recollections of St. John Paul II, who intervened to keep him at the UN, and a run-in he had with Timothy Wirth, head of the U.S. delegation under President Bill Clinton at the Beijing Conference.

Cardinal Martino, 82, was recently named Proto-deacon, the one who announces a new pope, the article notes. Since his time at the UN, he served as president of the Pontifical Council for Justice and Peace.

The interview concludes with his assessment of Pope Francis.

“Every [papacy], in itself, has its own characteristics,” he said. “But beyond outward appearances, I believe that Francis is a lot like John Paul II, in faithfulness to the Church’s teaching. For Francis, the family is fundamental too. Moreover, a Pope cannot do new things, never before heard of. It is only the style that changes, but the doctrine is what it is and the pope must proclaim it.