A Pro-Woman Response to an Abortion Doula 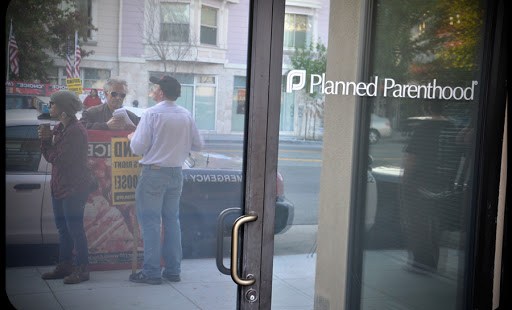 Her Support of Women Did Not Extend Beyond the Operating Theatre

Last week, New York Magazine ran an article by Alex Ronan called “My Year as an Abortion Doula.” Typically those who’ve worked alongside abortion providers and who remain pro-choice tend to gloss over the horror. But Ronan is shockingly honest. Here’s an example:

“It strikes me as strangely similar to birth,” she writes,” only the opposite word and a different outcome. Pull. Pull. Pull. What’s called the products of conception bucket is mostly filled with bloody gunk. I make out a doll-size arm, fist curled. It feels like I shouldn’t look, but I can’t turn away.”

I can’t fathom what would motivate anyone to choose this line of work. Even misplaced compassion seems inadequate to put up with seeing babies being torn limb from limb every workday. But I can understand how a caring person might respond compassionately to the women who did not want to be there but believed they had no choice. It makes sense for a doula to believe she’s making a horrible situation a little less traumatic.

Still, how could any balanced person not be deeply affected, standing every day alongside women who’ve hired a doctor to terminate their child’s life and dump the baby’s remains in a bucket?

Alex answers that question, “In the days and weeks to come, I get used to the stirrups, the anxiety, the questions, and nipples the size of dimes, clementines, Coke cans. There is a routine to the work.”

Dissociation is a common defense mechanism, allowing us to mentally and emotionally disengage from a traumatic situation … but it doesn’t work forever. One eventually will have to grapple with the traumatic memories.

“Honesty is a core principle of being a doula,” she states, “but I quickly learn that you do whatever you need to and mostly that is to tell the truth, but sometimes you are dishonest. … Sometimes kindness is more important than truth. …”

I’m convinced that Alex continues her abortion doula job because she believes that she is helping women who feel they have no choice but to abort. That is the key. Most women abort because they feel they have no choice, not because they actually want to. She empathizes with the plight they find themselves in, having to terminate a pregnancy because it appears to be their only option.

I wish Alex could spend some time listening to those of us who also believed they had no choice and who have since, by the grace of God, survived the aftermath of their abortion. The mothers who mourn, and suffer anxiety, depression, guilt and shame. The mothers who have come to recognize that what they thought was a solution was really just the the beginning of a much bigger problem. I wish she could hear about the pain that they endured in the days and years following their abortions.

Having a doula hold your hand during “the procedure,” having 50 doulas and soothing music piped in and even full-on anesthesia can never change the truth of what they went through in losing their child.

And lying about the reality of abortion is never an act of kindness.

Theresa Bonopartis is the director of the post-abortion healing program Lumina and co-developer of the “Entering Canaan” post-abortion ministry model.

For more information about healing after abortion, visit Lumina and Hope After Abortion.