Despite Papal Overtures, New Crackdown on Christians in China 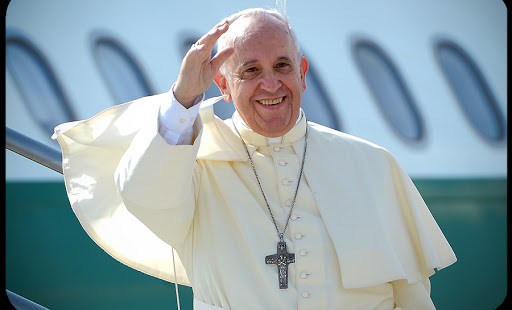 Over 60 Churches destroyed in one province.

As his charter flight crossed into China on August 15th en route to South Korea, Pope Francis radioed a message to Xi Jinping, the head of the Chinese Communist Party. “Upon entering Chinese airspace, I extend best wishes to your Excellency and your fellow citizens, and I invoke the divine blessings of peace and well-being upon the nation.”

That China allowed the overflight at all surprised some. The last time such a request had been made, back in 1989, Beijing had flatly refused. That plane—also bound to South Korea and carrying Pope John Paul II—was forced to avoid China by making a long detour north through Siberia.

Still, I would hesitate to call this gesture, as some have, “a diplomatic opening for the Holy See.”

There is no doubt that Pope Francis, like his predecessors, is eager to visit the 12 million or more persecuted Catholics who live in China. On the return leg of his trip, he made that clear, telling reporters that he would go to that nation “tomorrow” if Beijing would approve a visit.

That doesn’t seem likely to happen any time soon, however. For a host of reasons, China’s leaders seem intent upon keeping the universal shepherd apart from members of his Chinese flock. They even banned groups of Catholic pilgrims from going to South Korea during the pope’s five-day visit there.

The immediate problem is that the Catholic Church is at present in the grip of the most severe crackdown on Christianity that country has seen in years, perhaps decades. In the province of Zhejiang, for instance, over sixty churches have been wholly or partially demolished according to China Aid, including a Catholic church outside of the city of Wenzhou.

Several Catholic bishops are under house arrest for rejecting the authority of the Chinese Patriotic Catholic Association (PCA), a front organization set up by the Chinese Party-state which itself rejects the authority of the Pope. Apostolic administrator Father Peng Weizhao has been detained in a hostel in southeastern Jiangxi province since May.

Then there is Shanghai’s auxiliary, Bishop Thaddeus Ma, who has been confined to a seminary under guard for the past two years. His crime was that he publicly, and from the pulpit, announced during his ordination mass in 2012 that he was resigning from the PCA. The congregation greeted his announcement with thunderous applause, a token of how despised that organization is by the Catholic faithful.

In one sense all this is nothing new. Even during the Chinese civil war, the Catholic Church was suspect in the eyes of the Chinese Communist Party. This came about in part because of the Party’s knee-jerk atheism, in part because Chairman Mao suspected Catholics of having divided loyalties and being under “foreign influence.” He had the last Papal Nuncio to China expelled in 1951, more than sixty years ago, on trumped up charges of espionage. Many priests, bishops and laity were sentenced to long prison terms in the decades following. Beijing was also angered by the Holy See’s insistence that it would maintain diplomatic relations with China’s historical enemy, the Republic of China on Taiwan.

Relations seemed to be on the mend 10 years ago. The Vatican had made it clear that it was willing to downgrade its diplomatic relations with Taiwan to consular status and open an embassy in Beijing. Although this has yet to actually happen, the Vatican’s offer seems to have eased tensions.

The two sides had also reached a tacit agreement on a major sticking point: the appointment of new bishops. Under the new arrangement, the PCA would nominate candidates for the bishopric, but these would be ordained only if the Pope, following an investigation of the candidates’ qualifications, gave his blessing.