Cinderella Dazzled by Gala Premiere of “The Good Lie” 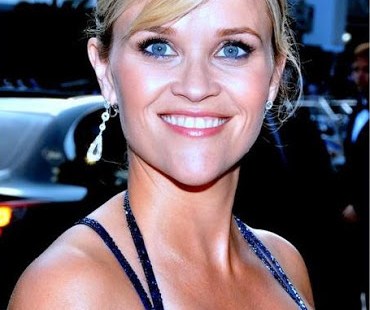 Thankfully, the Film and Dinner Made Up for the Awkwardness of “Office Casual” Clothes

Occasionally I get free invites to previews of “faith-based movies” because my work is “faith-based.” While one can applaud the motives and efforts of the folks producing these films, one has to admit that some fall flat due to low production budgets, preachy scripts and unknown actors (with good reason to be unknown). So when the invitation rolled in to see “The Good Lie,” debuting in theaters October 3, my expectations were low, despite the star power of Reese Witherspoon.

“The Good Lie” tells the fictionalized story of 3 orphaned siblings among the 26,000 “Lost Boys” who were forced to flee South Sudan when civil war broke out in the early 1980s. Together they survived a walk of over 1,000 miles through three African countries and 13 years of hardship in and out of a refugee camp before being among the lucky 2,400 or so who were allowed to resettle in the United States. Witherspoon is the tough-talking career counselor tasked with finding work for the boys in Kansas City, where they eventually landed. A promising story, right?

Certainly worth popping over to after work. It was about an hour into the pre-movie cocktails when little Miss Clueless here realized that the showing was not your typical faith-based movie deal of popcorn and a show. I think what gave it away was the scores of designer shoes on the very narrow feet of very thin women with straight glossy hair, meticulous pedicures and manicures, strong but elegant perfume and way-pricey designer (or designer-look) dresses. Needless to say, coming from work, I was underdressed, to put it charitably. Even the servers looked spiffier than I was feeling. So, yeah, it eventually dawned on me that this was the Washington, DC world premiere of “The Good Lie.”

I was trying to be inconspicuous amongst the clutch of my colleagues who were busy pointing out all the celebs from Capitol Hill and Hollywood when it occurred to me that the registration staff hadn’t given me an assigned seat in the movie theater. As friends went off in search of seat assignments or Reese, I was left, exposed in my work dress, sweater and sensible heels in a sea of high-fashion models and metrosexual men, every one of them a good 6 feet tall.

At last we made it into the movie theatre where free snacks and drinks greeted us (popcorn, Junior Mints, etc.), as if any of those skinny women would indulge. I was beginning to feel relieved that my attire would stop being a source of embarrassment when the lights dimmed. My friends had assigned seats that were perfect—mid-way up the theatre and in the first row of the tier, with lots of legroom. I (playing the part of the scullery maid that evening), had a ticket for a folding chair, way off to the left side of the theatre with a bad view of the screen.

So, in a typically New Jersey-Italian-American style, as soon as the crowd calmed down and just as the lights were beginning to lower, I dragged my chair to an exit sign (just behind a garbage can), and thought I’d stay there for the duration as the view was better. But that’s when I spotted an open seat next to an older gentleman in the tier below my friends. So, I energetically walked to the open seat and tapped the older gentleman’s shoulder to ask if the seat were taken. The really friendly fellow immediately shot out his hand to shake mine (why, I couldn’t imagine), as I inquired about the seat. Then a voice in the attic of my mind said “You know this man.” It was Senator John McCain. Not missing a beat, I exclaimed, “Oh, HELLO, it’s YOU” with a big smile on my face, and pleaded again for the seat. (You really can’t take the Jersey out of a girl!). He apologized, saying that it was taken and that’s as close as I got that night to “celebrity.”  But I did find an empty spot a few rows in front of him, thanks to the intercession of the Angels of Good-Theater-Seats (another Jersey thing). Later, my friends recounted that they were dying with laughter as my awkward faux pas with Senator McCain unfolded before their eyes. I’m glad someone enjoyed the spectacle.