“Calvary”: A Hymn to Sacramental Life (in a Minor Key) 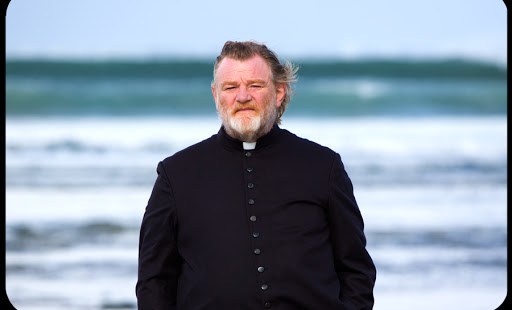 The Film Deserves the Praise It Has Received in Depicting A Broken, Yet Living Church

"Calvary" is receiving countless accolades, and rightly so. There is much to praise: John Michael McDonagh’s spare, flawless script; Patrick Cassidy’s magnificent, contemplative score; the haunting cinematography of the rugged western coast and the windswept countryside of County Sligo – especially the ancient Benbulbin; and the forceful acting performances of the entire cast. Brendan Gleeson’s “good priest” has been hailed as the finest screen portrayal of a Catholic priest in decades. It deftly handles a grim, painful topic—child sexual abuse—without striking a false note. If you haven’t seen "Calvary," skip these musings, complete with spoilers, and go see it. Otherwise, read on.

"Calvary" is a compelling study of a priest struggling to minister to a Catholic parish devastated by the abuse scandal in contemporary Ireland—a Church figuratively and literally in flames. And yet, the film transcends its particular setting to hold a mirror up to each one of us to reveal the darkness inside the human person. At times, the film becomes a medieval allegory; each role a caricature of a deadly sin: Greed, sloth, pride, lust, envy, gluttony, and wrath. And like a medieval allegory, the film allows the viewer to contemplate what path one should take when the right road has been lost.

The film opens in the confessional when a man, known to the priest despite the scrim, but not to the viewer, announces that he will kill the priest in a week’s time—not for any sin that he has committed, but precisely because he is a “good priest.” It is the classic propitiatory offering of the innocent one to atone for the sins of the many. As the characters process to receive the Eucharist from Father James, the viewer is left to wonder which parishioner is the would-be murderer, and can’t be faulted for questioning whether any of them are worthy to approach the sacrament. So, within the first few moments of the film, the sacraments of penance and communion are distorted and disfigured. Penance—meant for contrition, purpose of amendment and forgiveness—becomes the setting for murderous intent and revenge. Holy Communion meant to symbolize unity and eternal life instead serves as a line-up of murderous suspects.

The Church has always taught that the sacraments, like Baptism, Penance & the Eucharist, are the means by which God chooses to give His grace to us wretched sinners. Of course, God can—and does—give us grace directly. But He chose these “outward, visible signs,” which appeal to us gritty, earthy creatures, as the primary means of distributing his mercy. The viewer of "Calvary" wonders, though, whether the sacramental life is still “relevant” in the wake of the child sexual abuse scandal. Can we receive sacraments offered by complicit members of an institutional Church without doubt and bitterness? Can we forgive others and receive forgiveness – without cynicism?

The film contains numerous instances in which sacraments are distorted from their purpose and meaning. We see numerous “faux” confessions in which would-be penitents taunt Father James’s faith, boast of their sins, justify their depravities and fail to seek forgiveness or to forgive one another. The vows of marriage are mocked by a cuckold who claims he is happier with an adulterous wife because she no longer nags him. The priesthood is depicted with contempt or scorn—an officious bishop and a feckless, obsequious priest act not so much as foils to Father James’s clearly authentic vocation, but rather, epitomize the bureaucratic hierarchy and the social-worker pastors of the contemporary priesthood. There are no life-giving waters of Baptism in the film. (Indeed, there is not one infant to be seen.) The film gives little hope of rebirth or new life. No phoenix rises from the ashes of Father James’s destroyed church. Even cannibalism makes an appearance – the ultimate diabolical allusion to the Eucharistic meal in which Catholics believe they consume the very body and blood of Christ.