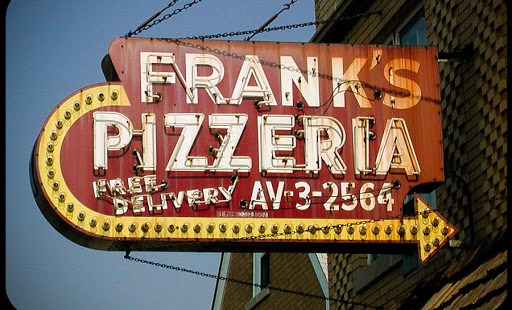 When I was in sixth grade, the last grandfather I had died.  I remember being there, teetering on the edge of adolescence, and finding my grief taking on the form of irritation.  Specifically, I was irritated by everyone saying how sorry they were that my grandpa had died.

“What am I supposed to say to that?” I remember angrily asking my mom.  “It’s not like it’s their fault.  They didn’t kill him.  What are they sorry for?”  My mom, awash in the wisdom mothers have, yet are unaware of in the thick of it, responded with the perfect words for her bristly daughter’s anger: “Just say, ‘thank you’.  When they offer their sorrow, just respond with gratitude for it.”

That advice has stuck with me all these years.  Now, when people offer their condolences for one tragedy or another, I offer a genuine “thank you”, because that’s what my mom taught me, and that’s what a person should do.

I firmly believe that in any uncertain situation, a display of gratitude is always the best course.

The other night, my husband and I took the kids out for pizza.  It was late on a Friday evening, the time when restaurants are usually emptying of children and filling with adults, and we had a brief 10-minute wait before a table was ready for our party of eight.  The pizzeria’s lobby was poorly designed, and the only place for people to wait pretty much guaranteed that you were in the way of customers coming or going, and were right up in the lap of at least one table of six.

Our kids were great.  Sure, there was some sitting on the floor and some swiping of the plastic-wrapped chocolate mint candies in the basket by the cash register, but overall, everyone’s behavior was good enough that I could enjoy being with my kids in public, rather than freaking out that there was some ninja representative of Child Protective Services eating dinner there, who would immediately confiscate my kids as soon as their bacon and mushroom pizza was eaten.

Eventually, we were seated, settled, and had placed our order when the manager came over to our table and placed something in front of my husband.

My husband and I stared at the money for a moment, then at the manager.  I gathered my wits, and heard my mother speaking to sixth-grade me in my head.  “Is he still here?” I asked.  “Can I say thank you?”

The manager said that he’d left, but if I hurried, I could probably catch him in the parking lot.  I jumped out of my seat, and followed her out into the night.  She walked up to a white sedan, where the window on the passenger side rolled down, revealing an elderly man.

“Thank you so much,” I said to him, this very sweet stranger whose unexpected act of generosity had not only made a difference to my family, but, judging by the crowd of waiters gathered at the door, the entire restaurant as well.  He smiled, and told me that he had been one of seven children, and had raised five with his wife.  We chatted for a few moments, and then he left, swallowed up by the night, and followed by my prayers.

For the rest of our dinner, waiters and busboys kept coming up to our table to reflect on the man’s generosity.  It became this act of kindness that the entire restaurant got to share in, and carry in their hearts.

I can’t stop thinking about that man.  Not only his act of generosity, but how that act combined with my mom’s advice to demonstrate gratitude and blossomed into something that was witnessed by a whole group of people, and clearly touched their hearts.

And maybe that’s what gratitude does—it takes acts of generosity that might otherwise go unnoticed and elevates them to a public level, sharing and spreading the blessing beyond what the giver could have imagined.

Cari Donaldson is the author of “Pope Awesome and Other Stories: How I Found God, Had Kids, and Lived to Tell the Tale”. She married her high school sweetheart, had six children with him, and now spends her days homeschooling, writing, and figuring out how to stay one step ahead of her child army. She blogs about faith and family life at clan-donaldson.com.